Ashamed of the Gospel? Missed Opportunity at Virginia Tech 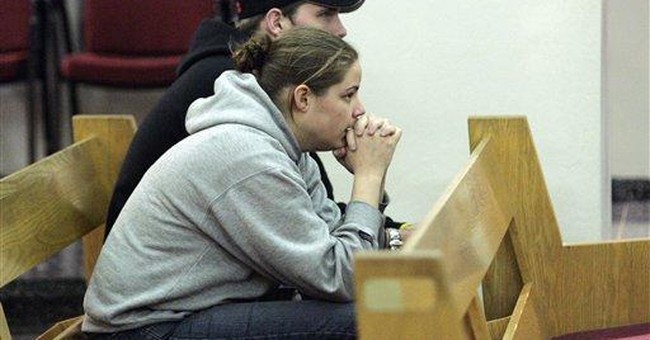 Let’s test your knowledge of world religions. Below is the entire message delivered by one of the four religious leaders at last week’s convocation at Virginia Tech, in the aftermath of the horrible mass murders that left 32 dead and 21 injured.

The test is simple: determine the religion being represented.

We gather this afternoon for many purposes. To weep for lost friends and family, to mourn our lost innocence, to walk forward in the wake of unspeakable tragedy, to embrace hope in the shadow of despair, to join our voices in a longing for peace, and healing, and understanding which is much greater than any single faith community. To embrace that which unifies, and to reject the seductive temptation to hate. We gather to share our hurts and our hopes, our petitions and our prayers.

We gather also to drink deeply of the religious streams which have refreshed parched peoples for many generations. We gather together, weeping. Yes, we weep with an agony too deep for words and sighs that are inexpressible. But also we gather affirming the sovereignty of life over death.

At a time such as this, the darkness of evil seems powerful indeed. It casts a pall over our simple joys, joys as simple as playing Frisbee on the drill field. We struggle to imagine a future beyond this agony. If we ever harbored any illusions that our campus is an idyllic refuge from the violence of the rest of the world, they are gone forever. And yet, we come to this place to testify that the light of love cannot be defeated.

Amid all our pain, we confess that the light shines in the darkness and the darkness has not overcome it. We cannot do everything, but we can do something. We cannot banish all darkness, but we can by joining together, push it back. We can not undue yesterday’s tragic events, but we can sit in patient silence with those who mourn as they seek for a way forward.

As we share light, one with another, we reclaim our campus, let us deny death’s power to rob us of all that we have loved about Virginia Tech, this our community. Let us cast our lot with hope in defiance of despair. I invite you to observe a moment of silence.

The message was delivered by Reverend William H. King, Director of Lutheran Campus Ministries at Virginia Tech, and a member of the Evangelical Lutheran Church in America (ELCA). The video of the message is available online.

Each of the four speakers were there to represent their religion, to bring the message of comfort and hope rooted in their faith tradition. The Muslim speaker read passages from the Koran in Arabic and appealed to Allah, the Jewish speaker read from Ecclesiastes 3 while an assistant repeated the passages in Hebrew, the Buddhist quoted the Dalai Lama, while the Christian did not even quote from the Bible, nor mention the name of Jesus – the namesake of his religion.

What Mr. King said should be studied in every seminary in America. It is precisely what not to do when given the opportunity to bring the message of the Gospel of Jesus to those grieving the loss of loved ones and struggling to make sense of the evil visited upon them.

The nearest thing to Christianity anyone heard at the Convocation was the playing of Amazing Grace and the unison recitation of The Lord’s Prayer. There was far more Bible coming from the pews than being preached from the pulpit.

No wonder Christianity is so easily and regularly attacked on college campuses. With advocates like this, who needs opposition? We’ve got guys in our uniform playing for the other team.

In short, he could have preached the Gospel. After all, the murders were only a week removed from Easter.

But, Mr. King decided to do something apparently more important in his mind. He decided to be politically correct and not offend the members of his interfaith community by offering hollow words of humanistic philosophy lacking any real substance, and by appealing to various “religious streams” and by validating the search “for a way forward,” he insulted those of us who actually believe Christianity is true and other religions false.

In so doing, he denied his faith.

He left the hearers dead in their sins.

A minister ashamed of the Gospel should not have been on that podium.