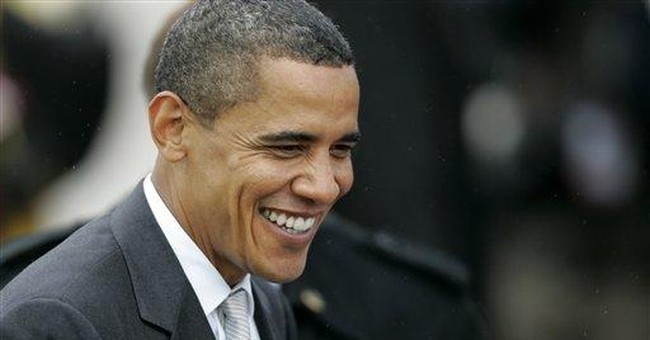 Like a PacMan gobbling up everything in sight, going after folks making more than $250,000 a year is not enough to satisfy Obama's insatiable appetite for money and power. He wants more. Although it means breaking a campaign promise to only tax the "rich," Obama's mad rush for revenue to fund his social engineering has transformed his agenda into a war against the middle class.

While Obama rides his luxury 747 around the globe, glad-handing with other world leaders discussing "healing the planet" and other grandiose plans, the average American is struggling to find work. As Michelle Obama totes around a $6,000 Italian alligator-skin clutch, the only thing most Americans are "clutching" is their wallets, trying to figure out how to get by this month. Obama is out of touch with Middle America. However, even worse than his overt elitism, is the damaging effect his agenda is having on middle-class taxpayers.

Obama came to office promising an economic stimulus to help get people back to work and ward off an impending economic disaster. Instead, he pushed through Congress a grab bag of pork projects for his cronies. Obama is using government largesse to try and win votes by making people dependent on his generosity. A recent USA Today analysis revealed counties voting for Obama received two times the stimulus money per capita as those voting for McCain. This suspiciously looks like payback, not an economic stimulus program.

Meanwhile, unemployment climbed above 10 percent. One analyst says the real unemployment numbers are hovering near 16.5 percent. Obama promised the $787 billion stimulus bill would save or create 3 million jobs. But 1 million jobs have been lost since his promise.

Now, some in the administration are calling for a second stimulus. Obama's wild spending spree has increased the deficit to over a trillion dollars for the first time in history. The bottom line is he only gives lip service to helping the middle class. Instead, Obama is interested in growing the federal government and increasing dependency. His administration's agenda is hurting America's true job-growth engines, the private sector and small businesses. In addition, these are both suffering from two additional misconceived power grabs.

The first power grab hitting the middle class is Obama's pride and joy, the cap and trade bill. Obama claims that this bill will create "green jobs." In reality, this bill will kill an estimated 2 million private-sector jobs a year as it clamps down on the manufacturing sector and forces companies to relocate to countries without the draconian caps on emissions. Besides destroying jobs, this bill hurts middle-class Americans directly by raising their utility rates and gas prices.

The 1,400-page cap and trade bill also includes provisions demanding that buildings be retrofitted to increase energy efficiency. Middle-class homeowners will be forced to make costly improvements before they can sell their homes. Making homes more expensive and the process of selling your home more arduous could cause foreclosures to skyrocket further.

The Obama administration's massive government universal healthcare plan will also scorch the middle class. To pay for his costly plan, Obama will tax those who have insurance (including those making less than $250,000) and "spread the wealth around." Research shows most middle-class families are overwhelmingly happy with their insurance plans, but Obama's program will drive businesses to the new taxpayer-subsidized plan that will be cheaper. Employers will have an incentive to dump people onto the government plan, which will cost taxpayers, and the quality of private insurance will suffer.

Obama and his staff are fundamentally altering the role of government in our country. They forget how our country was able to achieve a previously unattained level of prosperity. It was not government programs, bureaucracies, and regulations that allowed America to succeed. It was a free-market system that rewarded hard work. Our country historically has been governed by leaders who did not interfere with and obstruct entrepreneurs seeking to innovate.

Obama is moving away from the free-enterprise economy that provided the middle class with jobs and unprecedented buying power. Obama and an army of White House Czars don't create prosperity -- they just eat it up. Future taxpayers are going to have to pay for all these programs and deficits, and the middle class will end up shouldering the load, while Obama is enjoying his gold-plated government retirement.