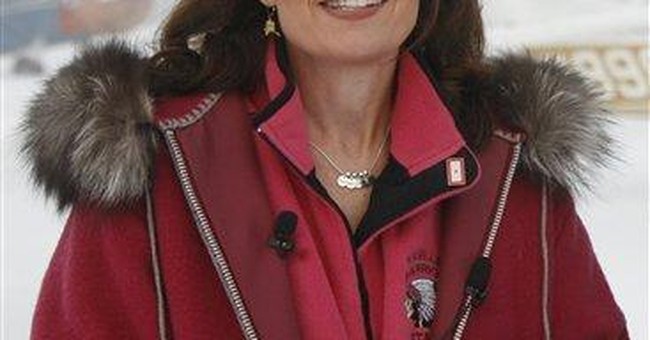 A new documentary movie by courageous filmmaker John Ziegler entitled "Media Malpractice" made its theatrical début last night in Seattle, Wash. The movie systematically proves how corrupt and dishonest the American media were during the campaign of 2008.

The film was revealing, coming just days after a similar well-orchestrated effort by the Obama administration, Democratic Party officials, and liberal advocacy groups in league with the mainstream news media against Rush Limbaugh and Gov. Bobby Jindal as their primary targets.

Even the president played his part in the bizarre, staged play by telling congressional Republicans, "You can't just listen to Rush Limbaugh and get things done."

Ironically, the plan to attack Limbaugh was already being hatched while the unfair attacks on Gov. Sarah Palin, documented by Ziegler, were reaching a crescendo last fall.

The manipulation can only be called propaganda. Old-fashioned, unbiased journalism has died. The Limbaugh attacks in the news, we now know, were cooked up by Democratic strategists James Carville and Stanley Greenberg last fall. Internet-based Politico reveals the White House involvement in the conspiracy when it reported, "A senior White House aide has been tasked with helping to guide the Limbaugh strategy."

Members of the media are performing their part of the script. Three speeches and the media's response to them serve as concise illustrations of the media role in the propaganda machine. They acted in unison, attacking and vilifying Limbaugh and mocking Jindal. Conversely, they are a choir of praises for the "tone of his speech" when reporting about Obama's address to Congress.

Limbaugh delivered his terrific speech at the CPAC conference and it was broadcast nationwide. He detailed the differences between ultra- liberal Barack Obama's big government agenda and the ideal of smaller government. He explained why conservatives care about the individual. Limbaugh's speech inspired the crowd, reminding them of the founding principles of America. He showed how starkly Obama's philosophy differed from traditional American ideas, while explaining what exactly is at stake in this present debate.

However, you wouldn't know this by listening to the mainstream media. Bill Schneider on CNN said "Well, it was an angry tone... this was a very angry speech. They didn't do so well last year but they're still angry. The tone of this speech was mocking, bullying, it was full of contempt, and I thought it was a very harsh speech." David Letterman and Katie Couric joined the fun mocking Limbaugh's clothing and his delivery, this, given the fact that none of the late night comedians have poked any fun at Obama while they viciously mocked Bush. Chris Matthews lambasted Limbaugh while needling his guests to disown him.

Now, compare the reception of Limbaugh's speech with the media's reaction to Obama. They criticized Limbaugh's tone, ignoring the content. For Obama, instead, they focused on the rhetoric he uses to mask his agenda, overlooking his leftist content. While universally praising Obama's rhetorical flair, most commentators ignored what Obama actually said in his address. They omitted talk of the huge deficits, tax hikes for all through carbon taxes, and the return to class warfare.

David Gergen oozed about "a rousing speech, took us up to the mountaintops." The New York Times reported Obama's words, "were often stern, but laced with optimism and humor," and "he framed his argument with fresh urgency." Chris Matthews simply called it "Churchillian." To top it off, CBS host Maggie Rodriguez said, "And Americans loved it.then out comes Bobby Jindal." Rodriquez called Jindal "Debbie Downer, saying 'hated it, it's not going to work'" because he didn't agree with Obama's leftist plan for America.

Talking heads praised Obama before and after his speech. MSNBC introduced the Jindal speech and Matthews unprofessionally audibly muttered, "Oh God," as Jindal approached the camera.

As if muttering "Oh God" weren't enough, Matthews introduced Jindal saying "we're going to hear a fairly right-wing speech tonight." Charlie Gibson echoed those sentiments, "He is a very conservative Republican and you'll hear that reflected, I think, in his remarks tonight." Yet, not one utterance was heard from the media about how liberal Obama and his agenda are. Maybe the most ludicrously biased comments were by Washington Post columnist Amy Argetsinger, who "found his (Jindal's) Manson eyes disturbing." The only exception to the discussion of the content of his speech was to say that Jindal was far-right.

These three different speeches provide clear examples of the media's preferential treatment for liberal ideas. The media shield the public from true debate. Instead they propagandize for Obama and the political left. Unfortunately, media bias didn't end after November 2008.