What You Don't Know About Cindy McCain Will Surprise You 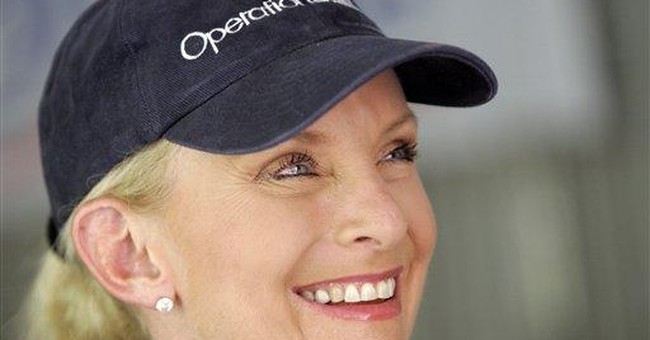 The media lately are full of adoring pieces about Michelle Obama, but why so little about John McCain’s wife, Cindy? Of course, we can all see that she has model good looks, sparkling blue eyes, poise and confidence. But she is much more than meets the eye.

Long before she ever married John McCain in 1980, Cindy’s heart had been captured by the needs of the less fortunate, especially children. Her undergraduate degree is in Education and she has a Master’s degree in Special Education from the University of Southern California. While a student working with severely disabled children, Cindy was part of a pilot study testing Movement Therapy, now a widely used and successful treatment.

After receiving her degrees in California, Cindy returned to her home state of Arizona and began a teaching career at Agua Fria High School. While working at the school, which is located in a poor Phoenix neighborhood, she taught disabled children with special needs such as Down syndrome. The principal at the time, O.K. Fulton said, “She didn’t have to work. Her dad had lots of money, but she went beyond what the job called for.”

Not what you may expect from the heiress of one of the largest Anheuser-Busch distributors, a business her father started after returning as a solider from WWII with a $10,000 loan. An only child, the former Cindy Lou Hensley, now chairman and majority owner of the company, can add successful businessperson to her resume. In addition to that, Cindy oversees a family charity that helps people in some of the poorest countries in the world receive medical care.

However, her greatest focus is on raising her four children. Meghan, 24, is college graduate; Jack, 22, is now following in the family tradition, as a cadet at the U.S. Naval Academy; Jimmy, 20, recently returned from serving as a Marine in Iraq; and 16-year-old Bridgett is a high school student.

In fact, Bridgett was a recipient of Cindy’s compassion when she pulled on her heartstrings as a baby living in an orphanage in Bangladesh. Mother Teresa ran the charity Cindy was visiting and she suggested Cindy take the child with a severe cleft palate (making it nearly impossible to eat). Cindy brought Bridgett back home for surgery and the McCains adopted her. Cindy now sits on the board of Operation Smile, a group sending American doctors to repair children’s cleft palates in needy places.

"She is tireless ... When she is around these people that are underserved, that's when Cindy really shines," said Operation Smile's Vonnie Wray, who has accompanied her on trips to Vietnam, Morocco and India. In addition, Cindy is involved with several other charities including serving on the board of Halo Trust, an anti-landmine charity, and CARE.

As with everyone, Mrs. McCain is not without her share of challenges in life. In the 1980s, she suffered three miscarriages, later saying, “It was hard, but I can only view it as God’s plan.” Then, one day when lifting their young son Jimmy, Cindy suffered a ruptured disc in her spine. Subsequent back surgeries, instead of helping, brought about years of chronic pain, which in turn led to a dependence on prescription pain medications. After being confronted by her mother, Cindy stopped cold-turkey and began attending weekly Narcotics Anonymous meetings, telling “Dateline” in 1999, “The best thing I’ve ever done is go into recovery and stay drug-free.”

But this is not the end of her challenges. Aside from raising four children in Arizona with a Senator for a husband often in Washington, D.C., Cindy suffered a stroke at the age of 50 partly because she had not been taking her blood pressure medication. Following the stroke, Cindy had to learn to walk again -- and fully recovered, eight months later running a half-marathon.

Did we mention she is a pilot and amateur racecar driver too?

With one son in the Navy and the other a Marine, friend Sharon Harper says this is one of the big reasons McCain supports her husband’s run for the presidency. “She simply didn’t trust that anyone else would know how to deal with the complexities of what to do about the war.”

Author Robert Timberg aptly describes Cindy as having the “good looks of a beauty queen without the shallowness that goes with the stereotype.”

As first lady, Cindy will focus on humanitarian efforts in the United States, saying her “biggest goal is to hopefully inspire more people to get involved in their communities, to focus on, as my husband has said, causes greater than themselves.”