The Beginning of the End

Erick Erickson
|
Posted: Dec 24, 2021 12:01 AM
Share   Tweet
The opinions expressed by columnists are their own and do not necessarily represent the views of Townhall.com. 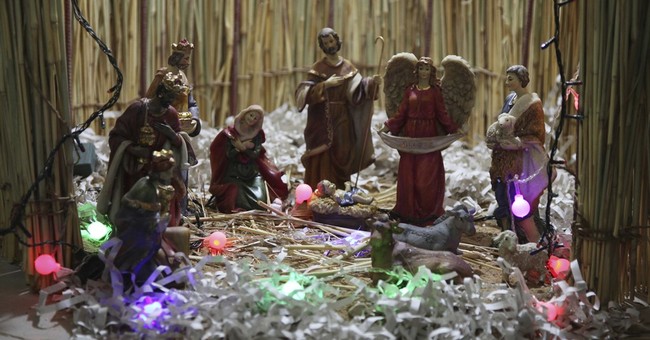 Sometime just over 2,000 years ago, contrary to the song, it was not a silent night. In Bethlehem, a young woman gave birth to a baby in a stable. The story went exactly as one would tell a story if one did not want the story taken seriously.

The first witnesses were shepherds, men so unreliable that their testimony was inadmissible in court. Key eyewitnesses were women, also seen as unreliable. The father of the child fell out of the historic record. Eventually, Roman imperial forces would exterminate the baby's entire earthly bloodline. His brothers and sisters and their children, the historic record records, were all killed. Two of his brothers, James and Jude, would write books that became canonized as part of the New Testament. Ironically, these same brothers rejected their oldest brother in life, refusing even to go to his execution to comfort their mother. Then they became leaders in the early Christian Church, dying proclaiming their brother was, in fact, Yahweh.

While you, like I, most likely grew up believing Christians co-opted a Roman holiday on which to celebrate Christ's birth, there is plenty of modern archeological evidence to suggest it was Emperor Aurelian who aligned Sol Invictus on December 25th to stop the growth of an irascible atheist cult springing up in the empire. The more Christians were slaughtered, the faster the religion grew -- the pruning made the faith stronger. Christians were viewed as atheists because they claimed to worship a living God. All right-thinking religious people in Rome knew someone had to die to become a god. So, Christians were considered atheists and atheists were enemies of humanity. They just could not be stopped.

Christianity grew and dominated Rome. It spread across the planet. For the longest time, Christianity's spread in Asia was slow. But just as it took over 1,000 years for Christianity to jump from Europe and Africa to the Americas, it took another thousand to fully penetrate into Asia. Now, in China, there are estimated to be more Christians quietly living their faith than there are total Americans. It is a thoroughly unique religion anchored in a man, not a place. Muslims have Mecca. Jews have Jerusalem. Hindus have Badrinath. The Christian has Christ. He flows, unmoored from geography, disrupting civilization. The communists feared the Pope. The Chinese fear the quiet Christian.

When the world co-opts Christianity, the faith dies. The Christian denominations that have rejected biblical sexual ethics and the authenticity of the physical resurrection of Christ are all in decline. Statistically, based on its rate of decline, the last Episcopalian has already been born in the United States. Other progressive mainline denominations are not far behind. Liberal theology has become a gateway to atheism, allowing the weak in faith a soft landing into the world on their way to Judgment Day. The believers who stay inevitably leave the dying churches and help build stronger Christian institutions. The thriving conservative Anglican Church in America, with its refugees from the liberal Episcopal Church, is proof of this. So too are the new conservative Methodists fleeing the progressive bishops of the United Methodist Church. Instead of man pruning the church through persecution making it stronger, God uses liberal theology to prune the church of heresy.

Christianity is a funny thing. The secular world continually bets against the religion. Even as it fades in the Western world, it grows ever stronger within its existing congregations and spreads to developing countries. From there, it picks up and blends into the faith traditions and the cultures of those lands. It makes a religion that is neither Greek nor Jewish, but fully a reflection of God in the diversity of His people committed to a common, shared, 2,000-year-old orthodoxy.

That orthodoxy is premised on this promise. History is at an end. Light broke forth in Bethlehem. It cannot be contained. It is in the world now, shaping the world, and will be made more full and real soon. Christ came and will return. It is the promise of this season, and every tear will be dried and all things will be made new. Merry Christmas.