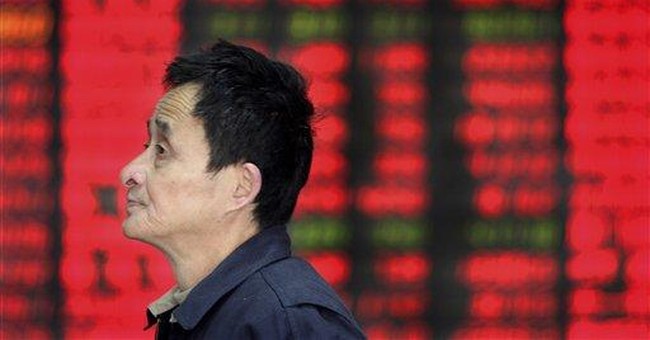 “A national debt if it is not excessive,” Alexander Hamilton advised, “will be to us a national blessing.”

Today, Hamilton must be turning over in his grave. Congress is moving forward with an economic stimulus plan that will swell this fiscal year’s deficit to roughly $2 trillion, or an astounding 13 percent of GDP. Adjust those dollars for inflation, and even our nation’s earliest and most iconic proponent of a national debt would cringe at the danger we are creating for our economy and for future generations.

As it hammers out the final details of the stimulus bill, Congress should pay more than lip service to Hamilton’s words. We must reconcile the nation’s need for quick action with the need for prudent policies designed to spur sustainable job creation here in America. That means not only tax relief for working families but in particular for the small businesses, entrepreneurs and self-employed that create well over half of the jobs in our country. Given the choice, Americans would prefer a permanent job in the private sector to temporary work courtesy of the taxpayer dime.

Unfortunately, the stimulus bill that has emerged falls hopelessly short of the mark, crippled by non-stimulative spending and insufficient tax cuts. How can we expect Republicans to vote on a bill that spends $12 on new cars for the federal government for every $1 in tax relief to small businesses?

Two weeks ago, after the House GOP hosted a hearing on the stimulus with former Massachusetts governor Mitt Romney and former eBay CEO Meg Whitman, we sent the president-elect a letter detailing our findings. Today House GOP leadership met with President Obama to outline more of our ideas and concerns.

House Republican leaders conveyed our desire to work with him and the Democrat majority to improve the stimulus package. But with a watchful eye toward the ballooning deficit, we made clear that we strongly oppose any wasteful spending that disregards the genuine path to economic growth and only establishes the need for future tax increases.

Nor will we quietly swallow the $219 billion House Democrats have proposed in infrastructure and so-called discretionary spending that the Congressional Budget Office says won’t be spent by Oct. 1, 2010. That’s because House Republicans have different ideas over how we stem unemployment and promote lasting job growth. We are inherently skeptical of promises that three million sustainable jobs will fall from the sky like manna simply by spending hundreds of billions.

In the end, it is businesses - driven to innovate, invest and grow – that will regenerate the millions of sustainable jobs we so desperately need. The stimulus must take bold steps to encourage work, investment and business expansion, something that government spending too often fails to provide.

These are some of the remedies the House GOP proposed to President Obama on Friday:

• Small businesses, entrepreneurs and the self-employed employ about half of all Americans, yet they can be subject to tax rates that siphon away one-third of their income. We support allowing small businesses to reduce their tax liability by a minimum of 10 percent. This will immediately free up funds for small businesses to retain and hire new employees.

• Rather than a one-time tax break, we also want tax cuts for families that pack lasting punch. We propose to cut the lower marginal income tax rates, providing all taxpaying families with a minimum increase in income of approximately $500 per year.

• For the unemployed, we want to dispense with the taxes the federal government levies on unemployment benefits. Individuals between jobs should be able to focus on providing for their families.

• Also critical will be addressing the housing crisis. The real-estate market is paralyzed as potential buyers wait on the sidelines for prices to find their bottom. In order to encourage responsible buyers to enter the market and stabilize prices, we propose a home-buyer’s credit for those buyers who can make a minimum down-payment. As home prices stabilize, complex securities tied to mortgages can also finally find a level that clears the market.

Finally, we must ensure that vast government spending doesn’t lead to rampant inflation in the future. At $825 billion, this Democrat stimulus proposal causes us great concern. While the Fed remains rightfully concentrated on fighting deflation, uncontrolled spending and borrowing will most ultimately lead to inflation if the spigot is not turned off in time. That could trigger a flight of foreign capital and a steep drop in the purchasing power of the dollar for the American consumer. As interests rates rise to keep foreigners financing our debt, the pain dealt to businesses and families alike promises to be sharp.

Alexander Hamilton expressed his views at a critical juncture for our young nation. Over two centuries later, at another critical time for America, his words still resonate.