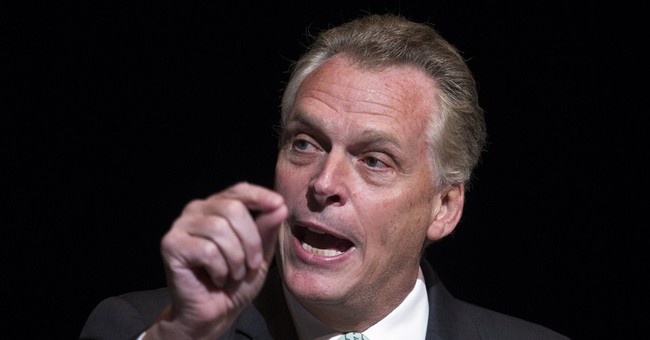 Trending
WASHINGTON -- It is called the Taranto Principle, having been named after he who coined the principle, the inimitable James Taranto of the Wall Street Journal. According to the Taranto Principle, the left-wing media, in their fawning treatment of left-wing politicians, only encourage the pols' worst instincts: encouraging Jean-Francois Kerry's sophomoric wind-surfing during his presidential race or Howard Dean's blood-curdling scream upon losing the Iowa caucuses. And then there is President Barack Obama. At his press conference the other day, he finally commented on the traitor Edward Snowden. Obama said, "You know, if I had a son, he'd look like Edward." OK, OK -- I made that up, but who doubts that he is capable of such excesses? Barack Obama might say anything, and the left-wing press will generously indulge him, thus encouraging him to ever-greater pratfalls.

I thought of the Taranto Principle while reading Fred Barnes's commentary the other day on the governor's race in Virginia. Barnes says, "Negative campaigning is common in American elections, but Democrats in this year's high-stakes race for governor of Virginia have taken things to the next level." The Democrats accuse the Republican candidate Ken Cuccinelli of saying things that he has manifestly never said. They accuse him of writing it all down in a book, but when fact checkers checked the book the Democrats' charges dissolved in a haze of lies.

I am not surprised. The Democratic candidate for governor is none other than my old friend Terry McAuliffe. At least I think he is a friend. He calls me "Bob" and I call him "Terry" in a warm correspondence that is as evasive on his part as the campaign Democrats are now waging against Cuccinelli. They cite Cuccinelli's book, "The Last Line of Defense," as saying things that he clearly has not said. Terry did exactly that with me, citing scurrilities in my magazine, The American Spectator, that did not appear there. Terry is a bold-faced liar, and apparently those who compose his ads in the Democratic Party are, too. Why do they go to such extremes? I suggest the Taranto Principle. They are encouraged by their boosters in the media.

In his "memoir," "What A Party!," Terry writes, among other howlers, that The American Spectator, "cooked up the nonsense they put out against Clinton [Bill not Hillary], alleging that he'd ordered the murder of political opponents ... " I wrote Terry, asking where in the magazine I might find such allegations -- no response. A month later I encountered him joshing it up in the green room of MSNBC with a comely makeup artist, and politely asked him yet again where I might find such shocking charges in a magazine, which, by the way, I edit. He promised to get back to me but did not until I wrote him another letter of encouragement. That commenced a long and somewhat intimate correspondence, in which he congratulated himself on his literary skills, mentioned his Irish heritage, lectured me on the proper construction of a paragraph and even of a sentence, but never offered a scintilla of proof for his charges against the magazine. For the curious I published the whole amusing exchange in the December 2007/January 2008 issue of The American Spectator.

Cuccinelli is having the same experience with McAuliffe. He has authorized a TV ad accusing Cuccinelli of questioning in his recent book "whether Medicare and Social Security should exist." The ad cites pages 62 and 63, and, of course, the ad lies. Fact checkers found that on those two pages Cuccinelli merely mentioned that these programs created dependency on government. The fact checkers went on to note that Cuccinelli wrote on pages 237 and 238 that "I'm not questioning here the existence of these programs nor the wisdom of how much is spent on them." Says Fred Barnes, "The ad was wrong."

McAuliffe has not apologized. Nor did he pull the ad. Rather he continued to run it, even though it was proven false. Now Terry is an amusing fellow, but he ought not to be governor of the great state of Virginia. What would Thomas Jefferson say? What would George Washington say? Those ads should have been cancelled. Terry should apologize ... to Cuccinelli and to me.