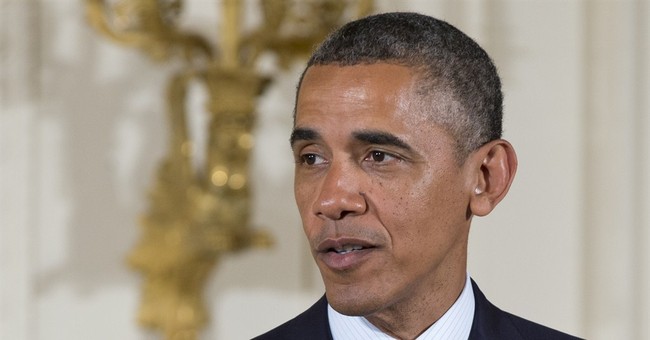 WASHINGTON-- The other day another pundit came to my side. I have been watching this steady trickle of sages joining the cause ever since the spring of 2012 when I pronounced, at book-length complete with footnotes, "The Death of Liberalism."

Now the veteran columnist Daniel Henninger of the nigh unto infallible Wall Street Journal has pronounced the glum news. On July 10, Dan wrote, "July 3 was the quiet afternoon that a deputy assistant Treasury secretary for tax policy announced in a blog that the Affordable Care Act's employer mandate would be delayed one year." And Dan stated with marmoreal solemnity: "Mark July 3, 2013, as the day Big Government finally imploded." Others, too, have made similar discoveries, none more memorably than Victor Davis Hanson who celebrated July 4, 2011 by stating that the Founding Fathers' vision of government had been vindicated. Obamacare had been rushed into law and with its trillion-dollar overruns atop all the other federal overruns would prove to be "unsustainable." He called the liberals Frankensteins. I called them zombies. Nonetheless, whatever living corpse you choose, with Obamacare came the last gasp of liberal overreach.

As Wes Pruden said in the Washington Times on July 5, this "one-year delay in enforcing the employer insurance mandate for Obamacare, which might not even be legal," had top White House advisors heading for the exits and "Minions ... hastily assigned to explain the delay." He added, "Obama and his gang obviously don't know what to do next." That is correct. This White House has already transcended that of Warren Gamaliel Harding and of Jimmy Carter. It is the most incompetent in modern American history.

Just consider President Barack Obama's recent catastrophes. There is Benghazi. It took place during the last election (which should have sealed Obama's fate), but this spring it became obvious that Ambassador Christopher Stevens should not have been there, was not given proper security even once the attack began, and the event suffered various cover-ups. For instance, all that nonsense about the anti-Islam video that mysteriously appeared in the talking points without having ever been suggested by the CIA. Where did the claptrap about the video come from? That should not be too difficult to establish.

Then there is the IRS scandal. Quite obviously the IRS was politicized to such an extent that its investigators prevented Tea Party groups and other conservatives from participating in the 2012 elections. One defense offered by the IRS was that the agency is too vast to be held accountable. Congress should continue its probe and hold the IRS accountable.

Congress also ought to be looking into the Obama administration's subpoenaing of journalists' records and the allegations of a State Department cover-up of irregularities by our ambassador to Belgium. Then there is the NSA disaster. It now appears that the dimwit Edward Snowden walked off with a vast horde of intelligence. We are even hearing that he has in the cozy confines of the Moscow airport the manuals for keying into NSA intelligence gathering projects. How did he get them? Who is responsible?

All of this incompetence took place under President Obama's watch. Now comes word that Obama is popping off about Trayvon Martin again. Initially he blustered, "If I had a son, he'd look like Trayvon." With the acquittal of George Zimmerman he is saying we can "honor Trayvon" by putting an end to "gun violence." Still worse is his outburst this past May on sexual assault cases in the military. Commenting on them he -- the president of the United States and commander in chief of the military -- pronounced that the accused should be "prosecuted, stripped of their positions, court-martialed, fired, dishonorably discharged ... " You can be sure that his outburst put in jeopardy sexual assault cases all over the country. Thomas J. Romig, a former judge advocate general of the Army, told the New York Times, "His remarks were more specific than I've ever heard a commander in chief get. ... Every military defense counsel will make a motion about this."

I can think of no previous president who has so blundered in his first six months in office -- and this was his second term, after he had four years to learn on the job. We are now faced with three more years of the community activist serving in the White House. Joe Biden, help us.