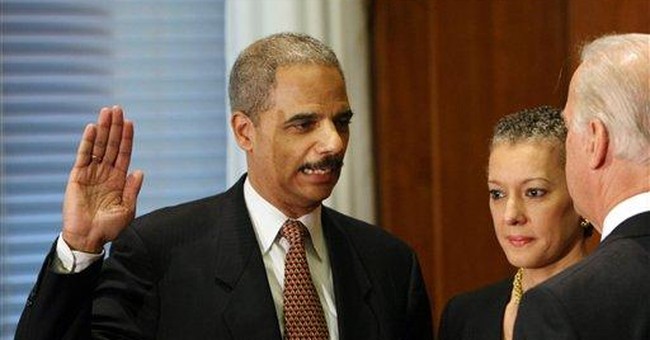 WASHINGTON -- Egads, it is going to be a long four years! It has been only two weeks since the Prophet Obama's inauguration, and already he has revived memories of Boy Clinton's first 100 days. Political observers with a sense of history might well ask whether the Obama administration will approximate the adolescent incompetence of the Clinton administration or the Pecksniffian pratfalls of the Carter administration. Presidential historian that I am, allow me to caution my fellow citizens that here in the vestibule of the Obama administration, it is probably too early to say. Yet with the economy in crisis and American national security in the hands of a starry-eyed novice, one can argue that we are in for a reprise of the Carter years, complete with the self-righteous pout.

I had wanted to suspend criticism of our incoming president for a few months until his bungling became obvious. As I wrote during the campaign, it is inconceivable that a modern-day president with only four years in the Senate (and but three terms in a state legislature) could be equal to the demands of this high office. Still, I thought it would take a few months for President Barack Obama to reveal his ineptitude. Well, it only took two weeks. In the areas of foreign policy, fiscal policy and now appointments, it is apparent that 52.9 percent of the electorate vouchsafed us a dud. Vice President Joe Biden, stay close to Washington! Yet wait; this six-term senator has had no executive experience, either. To whom can we turn to administer the federal government?

I know there are conservatives who believe that by 2012, the republic can be saved by the pulchritudinous governor of Alaska. Admittedly, Gov. Palin, having been in office two years and served as mayor of Wasilla before that, has more executive experience than either the president or the vice president, but four years is a long time to wait for the curvaceous governor to deliver us. Withal, I have almost as many doubts about her as I have about President Obama, which brings to mind my growing awareness during the 2008 election that our political class at the national level is distinctly second-rate.

The mediocrity of our national leaders, truth be told, has been apparent since the first baby boomer replaced the last member of the World War II generation in the White House. President Bill Clinton's unreadiness for the presidency was obvious during his first campaign, as he flailed his way through the Gennifer Flowers controversy, his draft-dodging stratagems, and all the other lies he had to confront. Then his unreadiness was observable anew immediately following his election, with his appointment snafus, and it is eerie to think that some of his failed appointments had the same problems President Obama's now have, to wit, employing domestic help (in Clinton's day, illegal domestic help) and failing to pay taxes.

Actually, the problems President Obama has had with his appointments are more egregious than President Clinton's. Mr. Obama nominated New Mexico Gov. Bill Richardson apparently not knowing that Richardson was under grand jury investigation. He nominated for secretary of treasury and for secretary of health and human services two men whose tax problems suggest that evading taxes is commonplace among prominent Democrats. The problem that forced President Obama's nominee for the new -- and may I say purely ceremonial -- position of chief performance officer demonstrates that high-level Democrats still have difficulty paying taxes on their domestic staffs. Then there are the two lobbyists President Obama brought into his government at the Pentagon and at the Department of Health and Human Services despite bragging that his newly adopted ethics rules against lobbyists are the strictest in American history. Explained the White House press secretary, "Even the toughest rules require reasonable exceptions." Yes, and a few more such exceptions and President Obama's tough rules will be rules no longer.

Finally, turn to the problems President Obama now faces with his so-called stimulus bill. It is a mountain range of pork created by wantonly spendthrift Democrats defiant of any economic stimulus theory, Keynesian or otherwise. Even President Obama is backing away from some of it, for instance, its "Buy American" provisions. Obviously, our presidential novice was had by Washington's special interests. In the area of foreign policy, he has been had by his own self-righteous meddling. This week, the Indians warned him that he is "barking up the wrong tree" in involving himself in their dispute with Pakistan over Kashmir. The Iranians were even ruder in responding to his offer of talks with them. They simply mocked him. Said the Iranian spokesman, Gholam Hossein Elham, "This request means Western ideology has become passive." Frankly, I can understand the chap's playful mood. The Iranians are celebrating the 30th anniversary of the fall of the shah. That happened, if memory serves, during the Carter administration. Again, it is going to be a long four years.