Forging a Better Strategy on Iran

Ed Feulner
|
Posted: May 30, 2018 12:01 AM
Share   Tweet
The opinions expressed by columnists are their own and do not necessarily represent the views of Townhall.com. 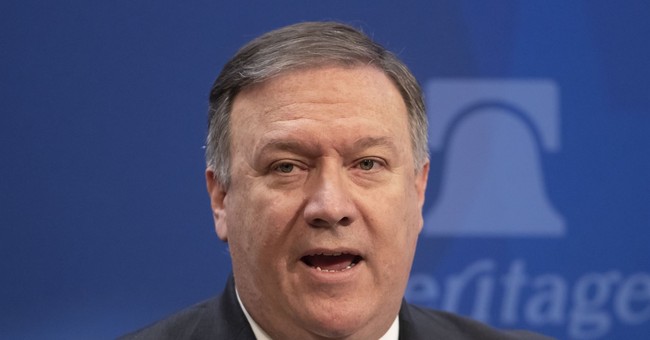 To hear many in the media tell it, President Trump’s withdrawal from the Iran Deal was the worst thing to happen since he was elected.

“Trump withdraws from Iran nuclear deal, isolating him further from world,” a CNN headline read. A New York Times reporter said the president is “isolating the United States from its Western allies.”

The BBC, meanwhile, said: “He has put US diplomacy on a collision course with some of Washington's closest allies. And some fear that he may have brought a new and catastrophic regional war in the Middle East that much closer.”

Notice a pattern? Almost all of the criticism I’ve cited here (and I could cite many more examples) focused on how Trump is breaking with the rest of the world – as if that, in and of itself, is irrefutable evidence of error.

Newsflash: There is no inherent value to swimming with the tide. Yes, we should pay attention to what our allies are doing, but to suggest that following a different course of action is proof that we’re doing something wrong is ridiculous.

Real leadership is standing up for what’s right, regardless of what others are doing. Indeed, it takes genuine strength to buck the trend.

And the trend on the Iran deal is something that definitely called for some serious recalibrating – something that our big-thinking president excels at.

Trump knew that the Iran deal, far from ensuring peace, has been posing a threat to it. So it followed that having a huge player such as the U.S. pull out of it wasn’t dangerous. On the contrary, getting rid of a bad agreement is a key first step to avoiding the real danger: a nuclear-armed Iran.

“This was a horrible one-sided deal that should have never, ever been made,” the president said. “It didn't bring calm, it didn't bring peace, and it never will.”

Our allies know this. For political reasons, though, they can’t say so publicly, so they have to leave the U.S. to take the flak.

That’s fine. Trump is up to it. So is Secretary of State Mike Pompeo, who went before an audience at The Heritage Foundation recently to clarify the administration’s rationale.

Pompeo first explained why the deal had to go. Iran has continued – under an agreement that so many claim is the key to peace – to be “the world’s largest sponsor of terror.” Since the agreement went into effect, he said, Iran has funded terrorism in Lebanon, Iraq, Yemen, and Afghanistan, among other areas.

Not anymore. They’re about to get hit with some serious sanctions.

“Iran will be forced to make a choice: Either fight to keep its economy off life support at home or keep squandering precious wealth on fights abroad. It won’t have the resources to do both,” Pompeo said.

The Secretary also focused on something else we’ve heard precious little of from the media: the Iranian people.

“Iranians are angry at a regime elite that commits hundreds of millions to military operations and terrorist groups abroad, while the Iranian people cry out for jobs, opportunity and liberty,” Pompeo said. “The Iranian regime’s response to the protests has only exposed that the country’s leadership is running scared. Thousands have been jailed arbitrarily, and at least dozens have been killed.”

Yet the same leftists who at other times flaunt their concern for human rights are more concerned about upsetting the leaders in Tehran that the people they treat so atrociously.

Iran can forge a new deal with the U.S., Pompeo said. But it will have to comply with specific demands that, unlike the old Iran deal, actually stop their march to a nuclear weapon and bring their reign of terror in the Middle East to a halt.

In short, establish real peace. Hard to imagine a better reason to break with one’s allies and withstand slings and arrows from the media.

House Republicans to FISA court: When will you penalize attorneys who misled you on Carter Page warrants?
Hotair
'Liberal Hacks': Ted Cruz Dropkicks Chris Cuomo After His Nasty Attack Against Martha McSally
Redstate