Big Government: No Friend of the Poor

Ed Feulner
|
Posted: Apr 12, 2017 12:01 AM
Share   Tweet
The opinions expressed by columnists are their own and do not necessarily represent the views of Townhall.com. 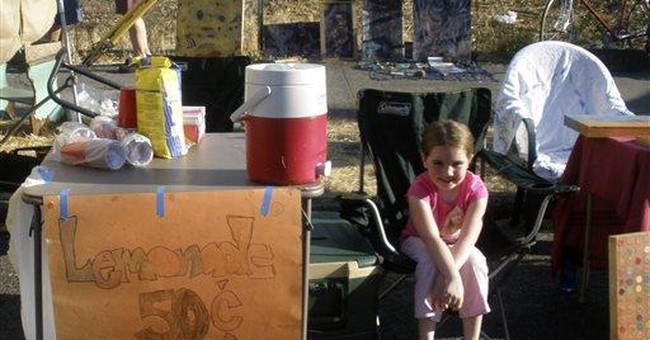 When you’re a conservative, you have to develop thick skin. You get used to hearing how heartless you are. How devoid of compassion.

And why? Because you don’t automatically support every government program that purports to help poor people. Why, you conservatives must hate poor people!

For our liberal friends, life is simple. “Hey, here’s a social problem,” they’ll say, in essence. “Let’s throw some money at it. That will solve it.” If we disagree, they take it as proof we care more about money than about people.

There’s a certain irony at work here. Sure, money is a concern. After all, scarce resources are being taken, either from the taxpayers or borrowed from future generations. But it isn’t just -- or even primarily -- the money that bothers us. It's all the regulations, all the big government, that goes along with it.

Because when actual flesh-and-blood people are being considered? When we consider how big government affects human beings? We find many victims of its policies not among the rich, but among the poor.

The problem of big government crops up in many different ways. The rules, the regulations, the fine print -- they all affect what you can buy, or how much it costs, or what you can do. They dictate whether you can run a lemonade stand, or sell roses on a street corner, or even just drive a car without having to go through some overly complicated governmental process.

A new Heritage Foundation report, “Big Government Policies that Hurt the Poor and How to Address Them,” outlines the phenomenon in detail. One of the charts shows exactly why big government amounts to misplaced compassion -- the one that shows household spending as a percent of after-tax income.

It’s broken down by income quintiles, and guess what? Government data show incontrovertibly that it is the poor who pay the biggest percentage of their income for things such as housing, food, clothing, electricity and gasoline. So when regulations and other government policies jack up the cost of these items, the poor are the ones hit the hardest. Not those of us who are fortunate enough to have done better and moved up the income ladder.

When we’re dealing with big, intrusive government, we need to forget about good intentions. Instead, let’s focus on how it adversely impacts people at the lower end of the income spectrum.

We don’t need another program. What we need is for government to get out of the way. Stop intervening. Stop requiring people to do certain things, whether it is to attend cosmetology school to become hair-braiders, or to stop them in other ways from making their own economic decisions -- which they, obviously, are in the best position to make.

It may seem hard for big-government advocates to realize, but I know how to spend my own money better than some faceless bureaucrat does. I believe that frustration on this point has done much to create the new economic era and the new political era in which we find ourselves today.

This isn’t a new concept. The welfare studies we were doing 20 years ago addressed the same kind of question. We wanted to know how to rethink the dozens of means-tested welfare programs that are out there in a way that encouraged economic opportunity for all Americans, no matter what their income.