Mapping Out the Mission 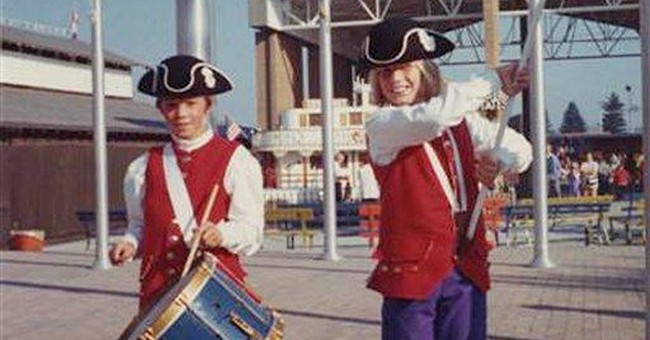 For more than two centuries, Americans displayed a love of politics -- and debate. Often the debates boiled down to a fundamental question: What’s the proper role of government in a free society?

Conservatives believe the answer is a limited government that encourages free enterprise, individual freedom, traditional American values and a strong national defense. Polls show most Americans agree. But turning these ideals into a functioning government is tougher. We need to explain our core beliefs in clear language.

That’s where the Mount Vernon Statement comes in.

The statement reads, in part, “We recommit ourselves to the ideas of the American Founding. Through the Constitution, the Founders created an enduring framework of limited govern¬ment based on the rule of law. They sought to secure national independence, pro¬vide for economic opportunity, establish true reli¬gious liberty, and maintain a flourishing society of republican self-government.

“These principles define us as a country and inspire us as a people. They are responsible for a prosperous, just nation unlike any other in the world. They are our highest achievements, serving not only as powerful beacons to all those who strive for freedom and seek self-government, but as warnings to tyrants and despots everywhere.

“Every one of these founding ideas is under sustained attack. In recent decades, America’s principles have been undermined and redefined in our culture, our uni¬versities and our politics. The self-evident truths of 1776 have been supplanted by the notion that no such truths exist. The federal government today ignores the limits of the Constitution, which is increasingly dismissed as obsolete and irrelevant.

“Some insist that America must change, cast off the old and put on the new. But where would this lead -- forward or backward, up or down? Isn’t this idea of change an empty promise or even a dangerous deception?

“The change that we urgently need, a change consis¬tent with the American ideal, is not movement away from but toward our founding principles. The conservatism of the Declaration of Independence defends life, liberty and the pur¬suit of happiness. It traces authority to the consent of the governed.

“The conservatism of the Constitution limits gov¬ernment’s powers but ensures that government per¬forms its proper job effectively. It refines popular will through the filter of representation. It provides checks and balances through the several branches of government and a federal republic.

“If we are to succeed in the critical political and policy battles ahead, we must be certain of our purpose. We must begin by retaking and resolutely defending the high ground of America’s founding principles.”

Read the complete statement at www.themountvernonstatement.com. And if this 537-word call to action moves you, please sign it.

Principles matter. A free nation was formed because America’s Founders believed in -- and fought for -- the principle of liberty as a God-given right of all.

Over the course of the next two centuries, that freedom was rarely without enemies -- from within and from abroad -- but every new challenge caused spirited men and women to fight to preserve the principles of America’s founding. It’s our turn. The words of the Mount Vernon Statement can be our guide. We must and will be victorious.