A Phony “Fix” for Health Care 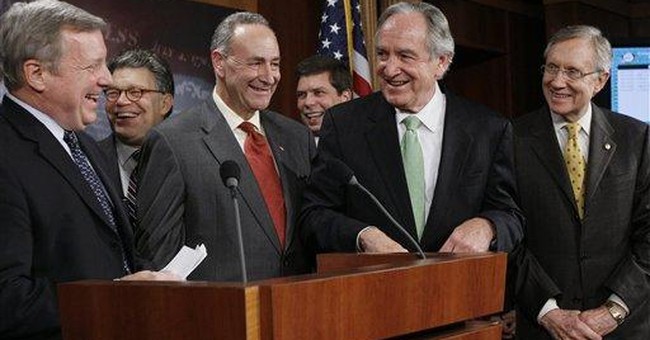 In essence, they’re making promises that won’t be kept. Here’s how.

Years ago, lawmakers declared they’d control the rising cost of health care by limiting the amount they paid doctors who treated Medicare patients. They created a formula that linked doctor pay to the overall economic growth rate, and claimed they’d use the formula to rein in spending.

Price controls never work, of course. Nor do administrative pricing updates that have no rational relationship to market realities. And in this instance, they’ve failed spectacularly. Year after year, when it’s time for their own formula to go into effect and reduce physicians’ spending, lawmakers vote to stop their own handiwork from being implemented.

No politician wants to run on the platform “I cut doctor pay.” And if the physician Medicare payment formula really did go into effect, many doctors would stop seeing Medicare patients, making it even more difficult for older people to get needed care.

But Congress keeps pretending it’s going to make spending cuts that everyone knows will never be made. That’s fundamentally dishonest.

The American Medical Association wants to settle the whole matter for good. Leaders of the group recently cut a deal with House Speaker Nancy Pelosi: If she’d eliminate the formula that guarantees the Medicare spending cuts, AMA officials would support her 1,900-plus page bill overhauling the American health care system (whether its members, doctors who are taking care of real patients, liked the bill or not).

But eliminating the Medicare payment update formula, which is current law, carries a big price tag. The Congressional Budget Office estimates it would cost $210 billion in the next decade alone. Tom Savings, a former Medicare trustee, says the bill would total $1.9 trillion over the next 75 years. Faced with these numbers, congressional leaders opted for more dishonesty.

Because President Obama has vowed he won’t sign a health bill that “adds a dime” to our federal deficit, House lawmakers acted as if their $210 billion in payments to doctors wouldn’t be part of overall health care reform. They pulled that spending provision out of the health care legislation, to make it look cheaper, and passed it without explaining how they’d pay for it.

That simply adds the additional Medicare spending to the deficit, which hit a record $1.4 trillion this year. But it also highlighted an important point: congressional leaders are trying to pull a fast one on spending.

The president vowed health reform would “bend the cost curve” and lawmakers likewise promised to hold the line on new spending. As we’ve seen, one way to at least appear to be doing so is by taking the $210 billion “doc fix” off the books. Another is by promising to slash some $500 billion in Medicare funding in the years ahead.

Having watched the House’s sleight-of-hand on the “doc fix,” does anyone believe lawmakers would actually make those deep cuts? It’s far more reasonable to believe we’ll get nationalized health care and still pay the full price for Medicare -- a double whammy that would drive the cost of the proposed reform far above $1 trillion and lead to a sea of red ink stretching to the horizon and beyond.

There’s a reason the spending portion in the health care bills the House has passed doesn’t take effect for years, while the taxes would begin almost immediately: Lawmakers are trying to fool us. They are trying to look fiscally responsible, when they are just the opposite.

We need to call them on it -- or we’ll all be paying a steep price for years to come.