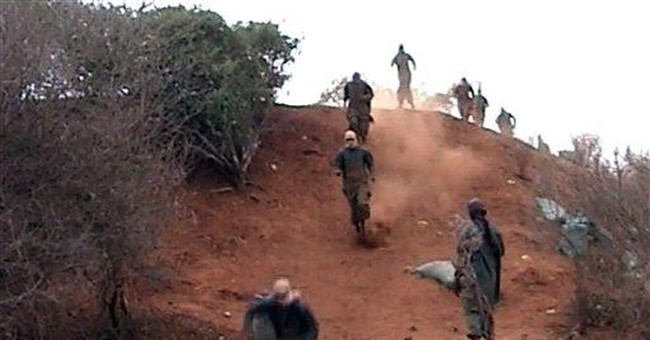 A key reason Congress is struggling to pass health insurance reform: Lawmakers are trying to do too much all at once. The more “comprehensive” a bill becomes, the more difficult it is to build support for it.

Two years ago, Congress and President Bush failed to pass comprehensive immigration reform. The proposal was simply too sweeping. In trying to deliver something for everyone, it wound up imposing something almost everyone could oppose.

If Congress wants to make real progress, it should embrace the KISS principle: Keep It Simple, Stupid. Instead of trying to completely re-work the immigration system, lawmakers ought to focus on a few parts of the problem. Solve them piece by piece. That would make the entire problem simpler to deal with in the long run.

Yes, policymakers need to shore up our country’s porous frontiers. Our border patrol needs more personnel and better equipment. But such changes will take months or even years to kick in. Meanwhile, Congress should help employers hire legal workers. That would swiftly help boost the economy while increasing America’s security, sovereignty and social fabric.

What’s needed is a market-based temporary worker program. Such a program would allow potential workers to apply for temporary visas at sites outside the United States. They would be pre-approved and could enter this country for a limited time.

That way those who employ temporary workers for just a few months each year -- say farmers who need labor to pick a particular crop -- can be certain they’re hiring people who are allowed to work. It also would discourage illegal immigration by providing a way for workers to come legally, earn money and return home. Anyone caught overstaying a temporary visa would be permanently banned from the program.

At the same time, Washington should strengthen E-Verify. Using information gathered by the Department of Homeland Security and the Social Security Administration, E-Verify helps employers confirm that newly-hired employees are eligible to work in the United States.

As of last month, 134,000 employers were already participating. That makes sense -- it’s inexpensive and effective. Employers can get free software from DHS, and it generally costs less than $15 per employee checked.

That’s a small price to pay to assure employers that they’re not breaking the law. E-Verify is effective, because it cracks down on illegal immigration on the supply side. It reduces the market for illegal immigrants by allowing employers to draw only from a pool of legal workers.

That’s helped dry up the jobs available to illegals, and not surprisingly, they’re going home. There are an estimated 1 million fewer illegals in the U.S. than there were last year, and the number is expected to keep on dropping as the program expands.

E-Verify got a big boost last month when a Bush-era executive order insisting that the federal government comply with the program took effect. It’s always a good idea for Washington lawmakers to subject themselves to the same laws they pass for the rest of us. That should, as Newt Gingrich insisted in the Contract with America 15 years ago, be the rule rather than the exception. In this case, it also sets a good example for employers large and small.

Of course, E-Verify can be improved. Most mistakes are correctable -- misspelled names, clerical errors in date of birth or missing naturalization data. Lawmakers should pressure the agencies involved to focus on reducing these errors. And they should stop playing politics with E-Verify and permanently reauthorize the program, instead of using it as a bargaining chip for other programs.

Not every good idea is a new idea. We’ve known for years that employers need help verifying their workers are here legally. And with a more effective E-verify and a potential overseas worker-approval program, the federal government can help employers achieve that goal. It’s just one step, but an important one.