A Czar Too Far 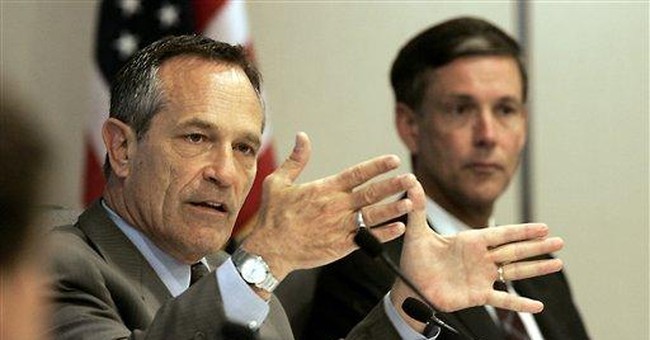 “Too many cooks spoil the broth.” That’s common wisdom. So, will too many czars spoil the administration?

President Barack Obama recently introduced Kenneth Feinberg as America’s “compensation czar.” He’ll oversee executive pay at firms that have taken federal bailout money. Feinberg “will have broad discretion to set the salaries and bonuses for their five most senior executives and their 20 most highly paid employees,” The New York Times reported.

Timothy Geithner explained why the administration wants a compensation czar: “This financial crisis had many significant causes, but executive compensation practices were a contributing factor,” the Treasury secretary announced. “Incentives for short-term gains overwhelmed the checks and balances meant to mitigate against the risk of excess leverage.”

That’s true as far as it goes. But it’s also true that, in a free market, companies that emphasize short-term gains over long-term success tend to go out of business. That’s the way it should be. When that happens, short-sighted executives end up unemployed.

Yet it’s the administration that’s helping prop up failing companies.

All the entities that will be directly subject to Feinberg’s dictates received federal bailout money. All were supposedly “too big to fail,” including American International Group, General Motors and Citigroup. None would need a compensation czar if the Obama administration would simply let these failing firms file for bankruptcy protection like countless other firms before them.

Feinberg is just the latest in a dense line of Obama czars. It’s hard to keep track of exactly how many czars he’s crowned in these first few months in office, but a quick scan through media reports reveals at least a dozen. Even liberals are becoming wary. “Does anyone know ANYTHING about these people? Guess what? That’s the point,” wrote a blogger on the liberal Web site Salon.com. “It’s easier to ‘get things done’ when you are anonymous.” Indeed.

* Daniel Fried, Gitmo Closure Czar. The Miami Herald reports his job will be to, “persuade European countries as well as Yemen to take back some of the 240 or so long-held prisoners.” Good luck on that. France recently agreed to take one prisoner. Italy says it will take three. Only 236 to go!

* Gary Samore, WMD & Terrorism Czar. He “has had years of experience negotiating non-proliferation treaties and agreements with difficult countries like North Korea,” FOX News reports. That may be good, because at the rate things are going, he may need to move to North Korea.

Not all czars are necessarily bad. Take Cass Sunstein, who occupies the Reagan-created position of Regulatory Czar. A Harvard professor, Sunstein specializes in “law and behavioral economics.” The Wall Street Journal explains he “seeks to shape law and policy around the way research shows people actually behave.”

Sunstein’s avowed goal would be a refreshing change from government’s usual tactic: using law and policy to shape personal behavior. Examples include seatbelt laws, taxes on tobacco products and fuel-economy standards for cars.

Still, a better approach would be for the government to start reducing regulation. Washington imposes thousands of pages of regulations that cost Americans some $1.1 trillion a year. That’s almost as much as the government takes in each year through income taxes.

Yet it seems unlikely that Sunstein will cut back on federal regulations. The Bush administration paid lip service to that idea, but ended up slapping $30 billion in new regulatory costs on Americans, some $11 billion just in fiscal year 2007.

Here’s an idea: Instead of appointing more people to dictate how Americans live and how much they can be paid, how about reducing government intrusion in our lives by putting a “sunset date” on all regulations? After 10 years, for example, a regulation would automatically expire unless Congress or the administration explicitly renewed it.

The U.S. Constitution doesn’t provide for multiple czars. The administration should stop naming them -- before it determines it needs a Czar czar.