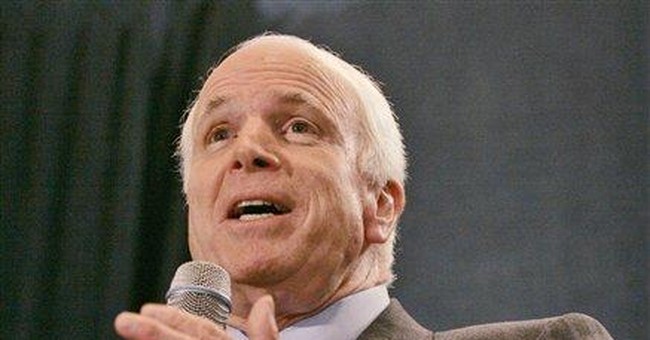 There’s a reason we call it “Independence Day.”

More than 230 years ago, our Founding Fathers made a claim that must have struck most foreigners as absurd: “That these United Colonies are, and of right ought to be, free and independent States.” In the years ahead, Americans would fight and die to make that boast a reality.

Even with the Revolution won, though, governing the new United States wasn’t easy. After 11 difficult years, some of those who declared independence in 1776 were back in Philadelphia to draft a new governing framework. Their efforts produced the most important document in American history: the Constitution.

It’s been folded, spindled and mutilated over the years. Still, it survives largely intact, something that’s certainly worth celebrating with fireworks. Good timing, in fact: The original meaning of the First Amendment was partially restored by a key Supreme Court decision recently in FEC v. Wisconsin Right to Life.

By a 5-4 margin, the justices tossed out one of the unconstitutional applications of the McCain-Feingold campaign finance act. Congress passed the act in 2002 to limit the amount of money groups could spend on political campaigns and the ways they could spend it. McCain-Feingold was billed as a “reform” act, but what it really did was limit the First Amendment rights -- the free political speech -- of many individuals and groups.

In FEC v. Wisconsin Right to Life, three justices pointed out a certain irony: The (supposedly) immensely powerful unions and corporations that were the target of McCain-Feingold couldn’t block it in Congress. And once passed, it ended up suppressing the political speech of at least one small, grassroots organization of Wisconsin pro-lifers.

Congress shouldn’t have passed McCain-Feingold and, of course, President Bush shouldn’t have signed it into law. As he noted, the Act “present[s] serious constitutional concerns.” For example, he said, “individual freedom to participate in elections should be expanded, not diminished; and when individual freedoms are restricted, questions arise under the First Amendment.”

But Bush left it up to the courts to address those “questions.” The results have been mixed. In 2003, the Supreme Court let most of McCain-Feingold’s restrictions stand, including its ban on many types of political advertising 60 days before a general election.

In FEC v. Wisconsin Right to Life, however, the court allowed grassroots advocacy groups to … well, advocate. “When it comes to defining what speech qualifies as the functional equivalent of express advocacy subject to [McCain-Feingold’s] ban,” Chief Justice John Roberts wrote, “we give the benefit of the doubt to speech, not censorship.”

But that’s not as sweeping as it sounds. The court also left parts of McCain-Feingold intact, so we can expect other legal challenges.

In 1776, a group of patriots brave enough to defy the British Empire vowed to build a new and better country, one based on liberty. Because they stayed true to their principles, we’re Americans today.

This summer, politicians should ask themselves if they’re upholding their end of the bargain. Before they enact future bills, they ought to consider carefully whether each measure is constitutional. If not, it is their sworn duty under the Constitution to see that the measure does not become law.

Our policymakers shouldn’t wait for courts to “do the right thing.” Indeed, lawmakers should act to repeal unconstitutional laws. That may sound audacious and unlikely. But it’s nothing compared to what our founders went through. Defending our constitutional rights is a responsibility that falls on all of us as freeborn citizens of the greatest republic in history.