Ethanol isn't worth getting pumped up about, but oil shale might be 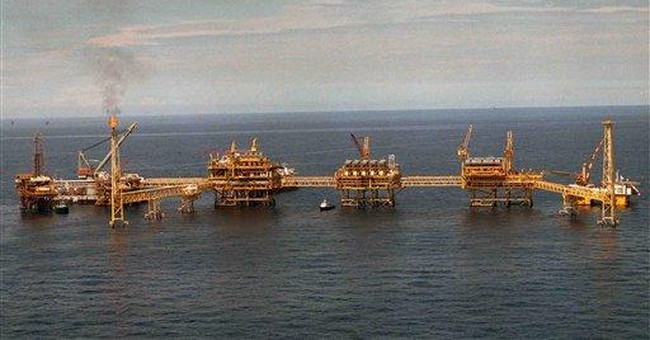 Winter is barely behind us, and gasoline prices are already rising. Worse, experts predict more price increases are right down the road.

This poses two problems. First, higher energy prices mean families have less to spend on other necessities. Second, most of the money we spend for fuel ends up overseas, often supporting countries that don't wish us well.

To solve the first problem, we need to solve the second. More than 63 percent of the oil we burn comes from abroad. We must develop new domestic sources and reduce our dependency on foreign oil if we want to get a handle on prices.

There are no easy answers, but we can develop new sources of power. First, though, we need to move past one attempted solution that simply isn't working: ethanol.

Because ethanol comes from homegrown corn (much of it from right here in Illinois) politicians love to pretend that adding ethanol will reduce the need for foreign oil. That's why President Bush recently called for quadrupling the amount of ethanol we use. But ethanol can't solve our energy problems.

For one thing, it's expensive to refine ethanol, and it's difficult to add it to the existing fuel supply. That all costs money, which was reflected in last year's higher prices at the pump.

Also, scientists have shown that burning ethanol actually wastes money. Cornell University professor David Pimentel found that processing corn into ethanol requires 29 percent more fossil energy than the fuel it produces. Others disagree on the exact percentage, but there's no doubt it takes a significant amount of energy to produce ethanol. "There is just no energy benefit to using plant biomass for liquid fuel," Pimentel says.

And, of course, ethanol costs drivers, too. The federal government says that cars burning gasoline mixed with ethanol get fewer miles per gallon. That means more fill-ups, more often.

Fortunately, there's another possibility. If scientists can overcome some technological challenges (as well as environmental objections), oil shale has the potential to provide more than a trillion barrels of domestic oil.

Dr. Daniel Fine of MIT recently reported that 750 billion barrels worth of oil shale have been discovered so far in Colorado alone. That's enough to power the U.S. economy through 2030. In fact, he says, if we begin full-scale production within five years, we could completely end our dependence on OPEC by 2020. Instead of supporting thugs such as Venezuelan President Hugo Chavez, we could leave them high and dry.

Of course, there's a reason the U.S. economy doesn't already run on oil shale: It's difficult to collect and refine. But technology is changing that.

Fine points out that Shell Oil has developed a technique that uses underground heaters to transform crude oil shale into burnable petroleum before it's even brought to the surface. This allows it to be extracted with far less above-ground pollution. Meanwhile, Chevron came up with technology that uses significantly less water to cool the refining machinery. That means processing oil shale is becoming environmentally safer and less expensive.

And speaking of the environment: These methods of harvesting oil shale force excess carbon back into the ground, so even Al Gore should support them. Plus, they're becoming more cost-effective every year. Fine estimates we eventually could produce a barrel of oil for $25. And, he says, the Defense Department has found that shale actually produces jet fuel that is far better than average.

These days, as the tortilla shortage in Mexico proves, there's already a demand for more corn than our farms can produce. Farmers no longer need (if they ever did) the federal government to mandate the use of ethanol. And drivers no longer can afford ethanol subsidies, either.

Imported oil is a dead end, and an expensive one at that. It's time to try a different route.