The China Threat is Real and Upon Us

D.W. Wilber
|
Posted: Jan 02, 2021 12:01 AM
Share   Tweet
The opinions expressed by columnists are their own and do not necessarily represent the views of Townhall.com. 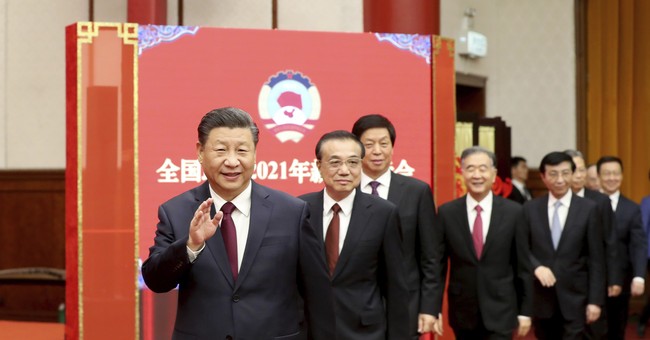 So what’s all this concern about Communist China?

Well, let’s start with a little history lesson. From 1966 until 1976 the great ‘Cultural Revolution’ took place in Communist China. Led by the Communist Party leader Mao Zedong, the end result was that upwards of twenty million Chinese citizens simply ceased to exist.

Killed by their masters in the Communist Chinese Party for such crimes as ‘independent thought’. Of course, there were many other crimes against the people for which Chinese citizens were accused, tortured, and executed, but primarily they were killed at the whims of the local party officials in their small community or region. The blood flowed freely in China, all of it the blood of innocent Chinese citizens.

In 1978, two years after Mao died the new Chinese Communist Party leader Deng Xiaoping began to dismantle the Maoist policies that had led to so much bloodshed. He began to implement reforms that helped China recover somewhat from the damage inflicted by the Communist government during the Cultural Revolution.

Today the Chinese economy is one of the strongest in the world, and China’s military is one of the worlds’ largest, and is also well equipped. China has gone full speed ahead to try to gain any economic and military advantage that it could by stealing Western technology at an unprecedented rate. If it has some value to the Chinese government and it isn’t bolted to the floor, there’s a good chance the Chinese Intelligence service will steal it. They’ve even been known to bring a pair of bolt cutters along with them to steal what’s bolted to the floor.

China’s Intelligence service has infiltrated every corner of American life. Politics, academia, the news media.  They are very active on college campuses, and not only involved in academic pursuits but are also involved in stirring up dissent and recruiting impressionable young minds.

We already now know how Communist China has made an effort to recruit American politicians, starting at the local level and supporting candidates who appear to exhibit promise and the potential for higher office, and those who also exhibit vulnerability and character defects that can be exploited later. Democratic Senator Diane Feinstein and Congressman Eric Swalwell are just two of the most recent examples.  Who knows how many more have yet to come to light.

Many colleges and universities are involved in government research work which the Chinese have been successful at gaining access to, through willing participants from the research and academic community involved in these government projects.

A few thousand dollars into someone’s pocket, some sexual payoffs to someone else. A mere pittance compared to what it would cost the Chinese to fund the research and development out of their own pockets. Not to mention the years spent doing the hard work that China can just skip right over and steal the finished product. It’s happened regularly in the past and is ongoing.

When considering the threat Communist China poses to our nation all one has to do is look on the streets of America in recent years. Much of the civil strife and unrest that we have been and continue to experience has the fingerprints of Communist China all over it.

ANTIFA, BLM, and any other leftist organizations are most certainly quietly influenced - if not outright infiltrated and getting their marching orders from Communist China. China’s participation may be hidden, using third parties - some very high profile, maybe even well-known former political figures - but China’s hand is there nonetheless. And China will continue their efforts to destroy our country from within, based on the success they have experienced thus far.

Make no mistake about it, Communist China is ‘all in’ on this effort. They have crossed a line and there’s no turning back for them. To do so would be to admit defeat and lose face. China believes that they are getting close, and that victory is within their grasp.

With a Biden Administration, they may well be correct.  And one day not long after, America may also experience its own ‘cultural revolution’.