Mitt Romney and Jack Kennedy: Will history repeat itself? 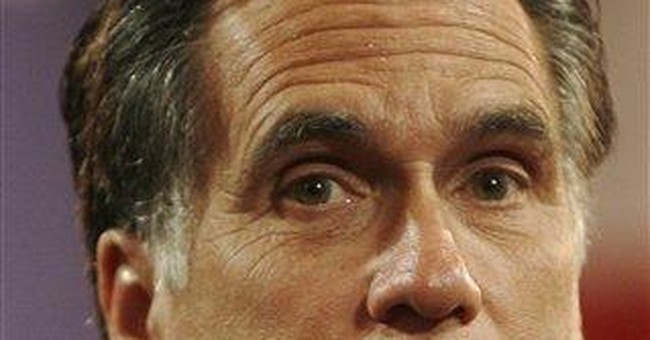 In 1960, a little-known junior Senator from Massachusetts, Jack Kennedy, surprised political pundits by breaking through the anti-Catholic barrier and winning the Democratic Party’s presidential nomination against the opposition of two powerful U.S. Senators, Hubert Humphrey and Lyndon Johnson.

Will history repeat itself? Can Mitt Romney do for Mormons what Jack Kennedy did for Catholics? To do so, Romney must negate America’s anti-Mormon prejudice, especially among evangelical Christians. Seven parallels suggest that he could.

First, their fathers’ records in business and politics paved the way for their son’s successes. As a self-made multi-millionaire in business and a prominent supporter of President Franklin Roosevelt, Jack Kennedy’s father, Joe, achieved America’s most coveted diplomatic post, Ambassador to the Court of St. James. In like manner, Mitt Romney’s father, George, rescued the American Motors Company from insolvency and won the governorship of Michigan. And for a short time in 1968, he became the front-runner for the Republican presidential nomination.

Second, the Kennedy family raised millions of dollars to build one of America’s best-oiled presidential campaigns. As a successful venture capitalist with close ties to Mormon financial interests, Mitt Romney raised $6.5 million dollars for his campaign in one day when his goal was $1 million dollars.

The third parallel is that just as the Kennedy family became a centerpiece of his campaign, so it is with Mitt Romney. Like Jackie Kennedy, Ann Romney exudes grace and excellent speaking ability. Her storybook romance with Mitt, beginning at age 16, has blossomed into a family of five grown sons and 12 grandchildren, which carries special weight among family-oriented evangelical Christians.

Fourth, while telling the Kennedy legacy hardly ever ends without referring to the famous touch football games, so the Romney story features his vital role as the savior of the 2002 Winter Olympics, which floundered on the brink of bankruptcy and scandal until he took charge.

The sixth parallel is related to geography. Born in Michigan, where his father served as governor, Mitt Romney has Midwestern ties, which should help him in Iowa. As governor of Massachusetts, he should have a natural appeal to next-door-neighbor New Hampshire. And in South Carolina, his traditional family values and economic conservatism should play well. If Mitt Romney wins or does well in these early caucus and primary states, which have small Mormon populations, he will have followed in Jack Kennedy’s footsteps, who won an early and unexpected victory over Hubert Humphrey in Protestant West Virginia.

Mitt Romney has won in Massachusetts where Republicans usually lose. In 1994, he gave Ted Kennedy his closest of nine Senate races. Then in 2002, he won the Massachusetts governorship, where he balanced the budget and created an enviable statewide health insurance program.

Lastly, in 1960 an MIT political scientist, Ithiel de Sola Poole, advised Jack Kennedy to address the anti-Catholic issue head-on, which he did at the Southern Baptist Pastors’ Conference in Houston, Texas. Following the Kennedy script that the best defense is a good offense, Mitt Romney has already won over many evangelical Christians in one-on-one and small-group settings, and now he plans to address the Mormon issue before large gatherings of evangelical Christians.