Why Romney Is Right for Iowa, America 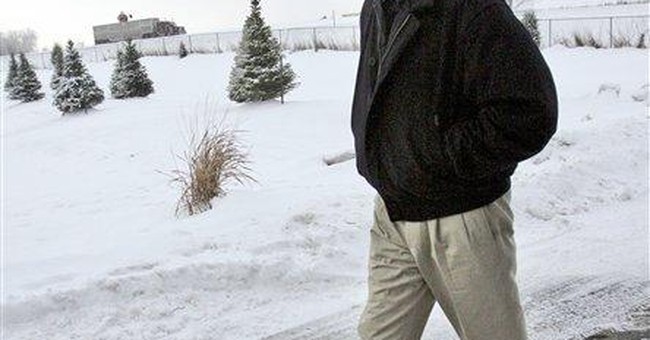 As we stand on the cusp of 2008, the Republican Party remains stuck in the throes of an identity crisis. Most Republican voters have an intuitive sense of this—even if they don’t quite know what to do about it.

GOP voters sense a party without direction, one that has drifted from many of its core values in order to preserve power or placate perk-hungry voters. They also sense the high stakes, which explains their widespread discontent and indecisiveness: They’re afraid of making the wrong decision at a time when they feel they really need to make the right one.

I know the feeling. I felt it myself.

About this time last year I carefully evaluated the candidates for the GOP nomination. It was a nerve-rattling experience, particularly in the still-fresh wake of the 2006 elections that swept Democrats to power. I considered many factors in selecting a candidate, but two in particular stand out a year later. First, I wanted to support a candidate who would unify the Republican coalition. Second, I wanted to support a candidate with a track record of extraordinary leadership.

I found such a candidate in Mitt Romney.

As Iowa voters prepare to cast the first votes of 2008 this week, I wanted to retrace the steps of my thought process in the hopes of convincing Hawkeye State Republican - and independents - in New Hampshire, South Carolina and all across the country—to support Governor Romney.

Of course, not every Republican ascribes to all three “legs” of the “stool.” But over the past 27 years, most Republicans have understood that the independent fate of each of these legs is inexorably intertwined with those of the other legs. So sometimes an economic conservative may not be a social conservative but might support a candidate who is in the hopes that the candidate will advance a free-market agenda. And so on with various other permutations.

In a country of 300 million people, this is how politics works. And for Republicans it has to work this way because there simply aren’t enough military, economic or social conservatives who can, by themselves, carry a candidate to a national victory.

In evaluating the candidates, I determined that Governor Romney is the best candidate to unify the Republican coalition—and therefore the most likely to defeat Clinton or Obama in November. He is a strong military conservative who has spoken eloquently and forcefully about the threat of radical Islam; he is a dependable economic conservative who wants to extend the Bush tax cuts and believes in the power of free markets and free trade; finally, he is a social conservative who understands the importance of family values and a culture of life. In short, he is a friend to—and a unifier of—all three parts of the Republican coalition.

Romney Is a Proven, Extraordinary Leader

In my many years in the business world, I have seen firsthand the importance of leadership. I have seen companies succeed and fail, often due to the leadership capabilities of their executives.

This year alone we have seen both great triumphs of leadership (General David Petraeus’ oversight of the surge in Iraq) and great failures (former Attorney General Alberto Gonzales’s ham-handed management of the Justice Department). So when it comes to choosing a president, I place high value on leadership experience.

Thankfully, the Republican field has plenty of candidates with notable leadership experience. Nearly every major candidate is a proven leader, and many have overseen governments or other organizations in times of great peril. But only one candidate, Governor Romney, has the breadth of leadership experience that I believe our next president needs.

Governor Romney not only has government leadership experience as Massachusetts’ former chief executive, but he also has private sector leadership experience. Governor Romney spent the majority of his career at Bain Capital, building a world-renowned private investment firm that helped birth companies such as Staples and Domino’s Pizza. He also rescued the Salt Lake City Olympics from an ethics scandal, thereby bringing honor to our country with one of the finest Games in recent memory.

It is Governor Romney’s experience at Bain and the Olympics that truly sets him apart from his competitors. He has seen, firsthand, the ups and downs of the business world. He understands the symbiotic relationship between competition and efficiency, and grasps the detrimental impact that high taxes and government regulation have on businesses. Most importantly, he has made a career, both in the private and public sector, of making the touch decisions, of being the person with whom the buck stops.

As the recent assassination of Benazir Bhutto in Pakistan makes clear, the world remains a very dangerous place. The next president will have no time for a warm-up; he must be ready to lead on his first day in office. Governor Romney’s blend of public and private sector leadership, and his record of extraordinary success, make him the right man to do just that.

The Right Man at the Right Time

Governor Romney’s ability to unify the Republican coalition and to provide effective leadership on his first day in the White House differentiate him from his GOP competitors, and position him to beat the Democratic nominee in November. I urge my fellow Republicans in Iowa and elsewhere to support the right man at the right time for our country: Governor Mitt Romney.