Cultural strategies on the war on terror 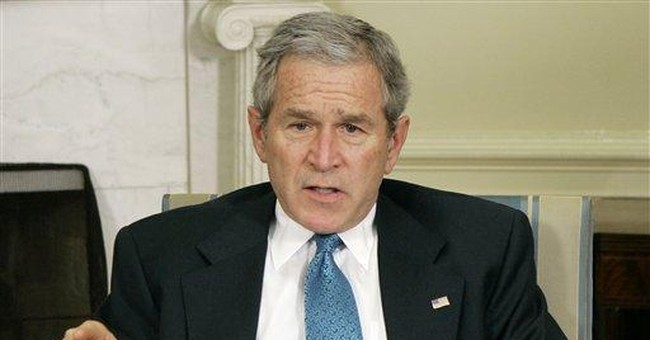 The military might of the United States is unrivaled in the modern world. Equal parts strong and skilled, disciplined and determined, the armed forces serve as the fulcrum for the preservation of America’s freedom and position of strength in the world.

We depend on them for much—from patrolling the streets of Baghdad to airlifting supplies to the regions devastated by the Christmas tsunami of 2005—and they consistently deliver. So much so that we begin to believe that no challenge exists that is too difficult for the military to overcome.

Yet when it comes to the war on Islamic radicalism, we cannot expect the military to achieve victory on its own. Instead, we must commit to supporting cultural strategies that supplement our military efforts by advancing the cause of freedom (and simultaneously defusing the fire of Islamic radicalism) in the Middle East and beyond.

In partnership with free nations around the world, we must continue to devise and implement policies that foster economic development in the Middle East. The Middle East Free Trade Area Initiative (MEFTA) serves as an excellent example of such a policy.

Launched by President Bush in 2003, MEFTA encourages regional free trade, sustains economic reform, and seeks to foster the increased growth of Middle Eastern economies. The goal is to establish a free trade area in the Middle East by 2013.

Ultimately the hope is that TIFAs would help create the economic reforms that will lead to bilateral trade agreements between the United States and Middle Eastern countries.

Designed to counteract some of the highest unemployment rates in the world, the State Department claims that free trade agreements “encourage job creation, technology transfer, expanded manpower skills and training, and increased foreign direct investment in the Middle East.”

Five regional economies have already established free trade agreements with the United States, including Jordan in 2000. Since that time Jordan has experienced a 500 percent increase in direct foreign investment and witnessed the creation of 45,000 jobs.

MEFTA serves as a shining example of the type of policy the United States government must advocate in order for economic development to take hold in the Middle East. Through negotiation and diplomacy, we must demonstrate that free trade and free market economic policies are the pathways to peace and prosperity.

The United States should not feed paranoia about the Muslim faith. We should support efforts already in place around the world to reform shaira, or Islamic law.

Many modern problems associated with radical Islam result from sharia being based on hadiths—that is, statements on the life and teachings of Muhammad that are not part of the Quran.

According to Mustafa Akyol, a Turkish blogger and columnist, the “most infamous measures of the sharia—the killing of apostates, the seclusion of women, the ban on fine arts, the stoning of adulterers and many other violent punishments for sinful behavior—come from the hadiths and the commentaries built upon them.” Examples of such hadiths include, “Your prayer will be invalid if a donkey, black dog or a woman passes in front of you” and “If a woman doesn’t satisfy her husband’s desires, she should choose for herself a place in hell.”

The credibility of these statements (and many others) have been called into question countless times throughout the history of Islam—largely because they were compiled two hundred years after the Quran was written. In fact, the Diyanet, the central Islamic authority in Turkey, is currently working with a large group of theologians to edit the hadiths; a new collection is expected to be prepared by 2008. Among other things, the Diyanet will discourage the horrific practice of honor killings.

This is an excellent step toward internal reform of the Islamic faith. Akyol and others have suggested that further reforms must place an emphasis on the most basic elements that Muslims share with Christians, Jews, and others—elements like freedom and individual liberty.

“The more the Muslim majority sees that Western values are compatible with theirs,” Akyol wrote in the Turkish Daily News last month, “the more they will see the anti-Western Zealots among them as fanatical troublemakers.”

With that, Akyol aptly summarizes the way cultural strategies supplement military action: by convincing peaceful Muslims that the radical members of their faith are enemies—not friends—of peace, tolerance, and the economic prosperity that mark free nations.

Bringing about such a realization on the part of millions of Muslims remains the best hope we have for achieving victory in the war on Islamic radicalism—and, ultimately, lasting peace.