A Poll the MSM Will Never Take 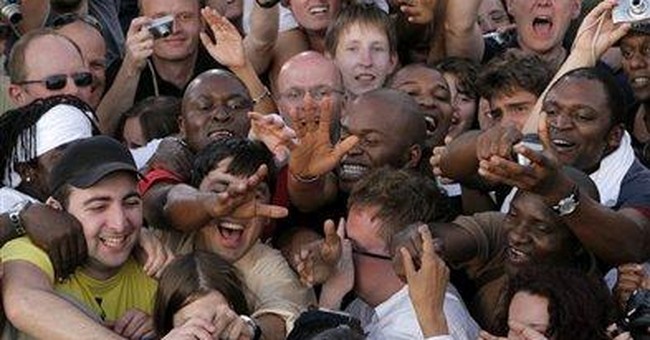 By and large, much of the mainstream media is unethical, biased toward the Democrats, and openly trying to elect Barack Obama.

Obviously, for those who are center-right, this is not a news flash. For us, it's as if someone said, “The sun is going to come up in the morning.” Yawn. What else is new?

What makes the above statement of fact of interest is that the complaint was vocalized to me by two editors at two different top-20 newspapers. Both editors are self-described “liberals” and both bemoaned the “growing lack of integrity” within their own business. To the point where one of the editors told me unjust liberal bias was one of the deciding factors in his decision to quit the paper.

The main complaint of this editor was the liberal “monolithic-thought” that permeated management at the top newspapers in the country. “Oh, sure,” he stressed. “They will let the occasional conservative on the page, but a conservative will never be hired.”

I recently had breakfast with a well-known center-right columnist and pundit who echoed that charge. “While you and I would never want to work at a newspaper where management was totally conservative, the liberals who run America's newsrooms are just the opposite. They won't be satisfied until they control 100 hundred percent of the media and have squashed any opposing thought. It's the model now employed in Iran.”

So, while understanding that media landscape and acknowledging that Sisyphus will get that rock to the top of the mountain before most liberal media managers will admit that their diversity programs welcome all but conservatives and balance of thought, I'd still like to challenge them to conduct a specific poll.

Over the last few weeks, I ran a very basic resume poll. I knew the only way this poll would work would be to talk to people outside of the egotistical, out-of-touch bubble that is our nation's capital. To get an honest reaction, I'd have to talk with average Americans who are more concerned about real life and the welfare of their families, than the names, education, wealth, or accomplishments of those who seek their support.

My premise was very simple. You have two people who are being considered to run your county, head up your local school board and manage your police force. Based on the background and experience listed below, who would you choose?

Candidate A: Middle-aged. Studied overseas. Attended two different colleges in the U.S. before getting a degree. Went on to get a law degree. Worked community affairs in his adopted home city. Was elected to local office. Served in local politics for just over six years. Got elected to a federal state-wide office. Has one real year of experience in that job.

Either in person or over the phone, I showed or recited exactly as written above, the background of these two candidates to voters who don't follow politics very closely. I ended up speaking with twenty different people from diverse backgrounds.

To be sure, some of those I spoke with rightfully said, “In reality, I'd need to know a lot more than you're giving me.” Accepting that caveat, all 20 people picked Candidate B. Candidate B is Dan Quayle.

Candidate A is Barack Obama.

Stripped of his name, the color of his skin, or his history-making primary win, in a blind, experience-only test, does Mr. Obama possess a resume that is worthy of the Oval Office?

Should one of the left-of-center “news” organizations decide to conduct such a poll, I suspect the response of the American people may shock and depress them. But then again, maybe not.

While not willing to be honest or fair to their readers and viewers, biased liberal media managers tend not to spin themselves. Hence, their embarrassingly skewed polls that favor Mr. Obama.

No matter. The final poll will be taken on Nov. 4. Most of the people won't be fooled.