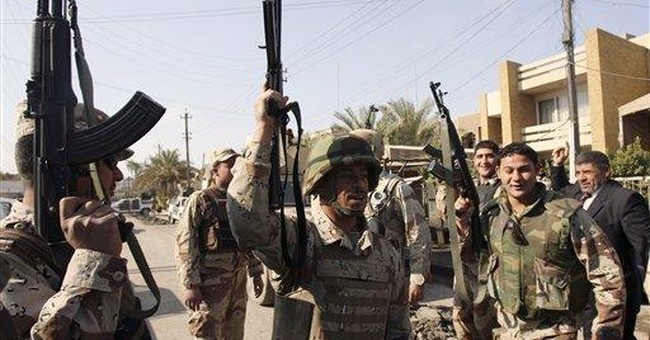 The new year means resolutions, and we can only hope that the Fourth Estate will make at least one of its own: A resolution that, for the sake of the nation, puts honorable journalism before political, cultural or religious bias, before competition, and before ratings.

While complaining about bias and unprofessional conduct by the media is nothing new in the post-Sept. 11 world we inhabit, the consequences of purposely flawed reporting have been magnified exponentially. At the end of the 18th century, historian Thomas Carlyle quoted Edmund Burke as saying, "there were Three Estates in Parliament; but in the Reporter' Gallery yonder, there sat a Fourth Estate more important than they all. It is not a figure of speech, or a witty saying; it is a literal fact ... Whoever can speak, speaking now to the whole nation, becomes a power, a branch of government, with inalienable weight in lawmaking, in all acts of authority."

While some believe Carlyle erroneously assigned credit to Burke regarding the "Fourth Estate," the tone and the warning attached to the Carlyle reporting could not be more accurate or timely. Our media do speak to the whole nation and in some ways have grown more powerful than some branches of government. As a profession, the various media outlets have the largest megaphones, and when they choose to unite on a subject — say, their opposition to the war in Iraq — then for the most part, that is the only opinion the vast majority of Americans will hear.

Having the means and the will to spread monolithic thought that shapes and molds the beliefs of the masses is a power long sought throughout history.

The only way it could get better is if left-leaning newspapers and networks got together to then "poll" the American people on the one-sided news they offered them with regard to the war and the Bush administration.

Well, things are much better. In a medium that basically polices itself, offering slanted news and then "polling" such myopic information is the norm for many. While a majority of journalists may still consider such conduct unprofessional, dangerous and diametrically opposed to the best interests of readers and viewers, none can deny that it is not a part of their industry.

As an example, any independent study of the media during the past few years will show an almost obsessive need to promote exclusively negative stories about Iraq. We have been told of the "horrible misconduct" of our soldiers at Abu Ghraib prison, the possible "atrocities" committed by our troops at Haditha, that al-Qaida was overrunning the country, that this was the "deadliest day," "deadliest week," "deadliest month" and "deadliest year" of the war, that the war was "lost," and finally, that the "surge" (meaning our troops) — would fail.

Iraq, and a strong dislike of this president by many journalists, seem to have caused some to compromise their profession and their principles. Lest we forget, Abu Ghraib, which some former Pentagon colleagues told me was nothing more than a reprehensible "fraternity prank," — was on our front pages and on our networks for weeks or months. By comparison, how much coverage did the capture, torture, physical mutilation and execution of some of our troops at the hands of the insurgents get? How many U.S. troops were killed by al-Qaida and other terrorists whipped into a frenzy by the nonstop showing of the Abu Ghraib photos and videos?

That same scenario and question applies to Haditha. It was not just the Marines who stood accused, but all of our troops were painted and smeared by a very wide media brush. Words and phrases such as "massacre," "war criminals," "mercenaries" and "in cold blood," covered our front pages and evening newscasts for weeks. Who in that same media has reported the dropped or reduced charges against those Marines? Where is the balance in that coverage?

Why have so many in the media been reluctant to report — as liberal, Democratic Senate Majority Leader Harry Reid has finally admitted — that the surge is working and our troops are succeeding. Where are the positive news stories? If the war no longer fits the negative narrative of some in the media, does it just cease to exist?

In the United States, journalism is still a noble calling that schools the serious-minded in the collecting of facts, writing news stories that reflect those facts and editing that material in a way that the truth is never compromised. Our newspapers and networks clearly do have consummate professionals who believe they have an obligation to give readers and viewers honest, unvarnished news. That said, their voices often seem muted by colleagues who choose to cheapen the profession to advance a partisan agenda.

The Fourth Estate does have tremendous and almost unchecked power — for now. If its New Year's resolution is not to crack down on those who undermine and debase the news business, then Americans will continue to flee it in search of alternatives.

The new year will go a long way toward telling that story.