Blackwater, USA. Fighting Insurgents, Our Media, and the Democrats 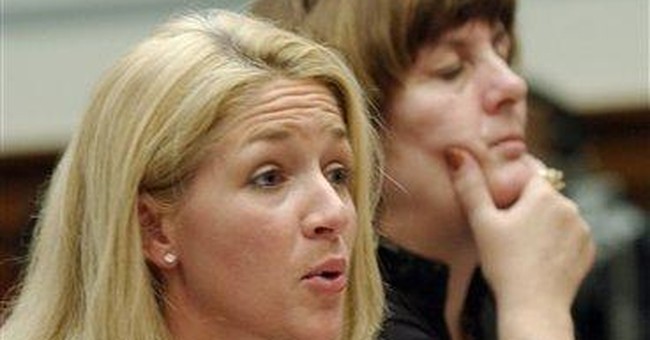 First it was Democratic Senator John Kerry accusing our troops of terrorizing Iraqi women and children. Then, it was Democratic Congressman John Murtha convicting U.S. Marines of murder in the court of public opinion. Now, predictably, the left and their allies in the media are going the private security firm, Blackwater.

This latest incident of troop/security bashing stems from an incident on September 16th in Baghdad. On that day, Blackwater maintains that its convoy was fired upon by insurgents. So much so, that one of its armored vehicles was destroyed. Blackwater returned fire and Iraqi casualties ensued.

Before any real facts were known, the Iraqi Ministry of the Interior (MOI) and prime minister Nuri Kamal al-Maliki, instantly maintained that the shooting was unprovoked and immediately tried to have Blackwater expelled from the country. Blackwater vigorously denied the charge and asked that they be allowed to defend themselves before being proclaimed “guilty” by self-serving politicians or the media -- be they in Iraq or the United States.

As this Kangaroo court plays out, no one should ever forget that the vast majority of Blackwater employees heroically served in our Armed Forces before joining this elite security company. Most were highly decorated Special Ops with some being retired law enforcement professionals. Now, just as heroically, they provide the security our State Department and American diplomats need to not only survive in Iraq, but to try to make that nation whole once again.

While some in our liberal media and some Democrats may not want to let facts drive this investigation, let’s look at a few anyway. First, the Ministry of the Interior has long tried to use Blackwater as foe to distract from its numerous failings on the ground. Maliki and the MOI believe that if they go after the highly decorated veterans that comprise Blackwater, that will get street credit for standing up to the United States Government. Second, the MOI is not the Iraqi government. Rather, it is an entity made up of Iraqi police and the municipal branches. An oftentimes corrupt entity that has seen some of its members work with the insurgents to murder U.S. troops. Third and most important, the Department of State “after action report” makes it very clear that the convoy being protected by Blackwater at the time, was indeed under attack. Period.

The Maliki government is closely aligned with Iran. Some have speculated as to whether Blackwater was set up. For American diplomats or CIA operatives to do their job, they have to be able to leave the heavily fortified “Green Zone.” To do so, they depend on the expertise of Blackwater contractors to keep them safe. No Blackwater equals greatly decreased diplomacy and intelligence gathering. Less of that means more chaos and a greater opportunity for Iran to assert more of its authority.

Regardless of motive, the last thing we need is for liberal “news” editors hiding behind their desks in the United States, or politicians who already denigrate our military, to try to impugn the integrity of contractors who put their lives and the futures of their families, on the line every single day.

Blackwater operates in Hell on Earth and should be given the benefit of the doubt. They have earned it.