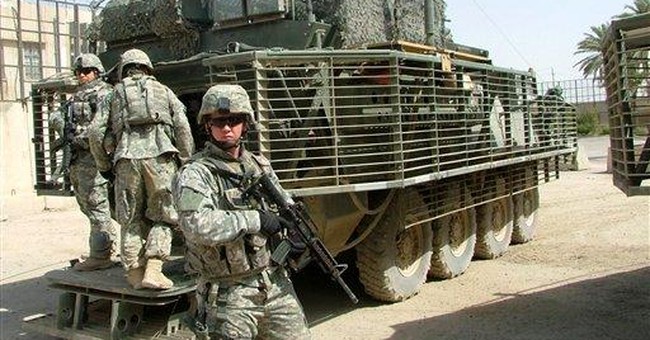 More often than not, our very networks will use this footage as a propaganda tool to demonstrate to the American people that “Bush’s war” in Iraq is a failure. Yes, we have all seen these horrible images, but did you ever ask yourself where the video came from? Have the left-of-center network executives determined to carry water for the anti-war movement, ever really wondered how they obtained such poisonous video?

Shockingly and almost traitorously, while most Americans don’t know the origin of these videos, the networks executives who cravenly exploit the deaths and maiming of our young soldiers, know exactly where the tapes come from.

Each and every aired roadside bombing was planned, executed, and filmed by Al Qaeda or other terrorists operating in that theater. Each and every one. Think about that for a moment. American network executives are eagerly showing “snuff” films of American soldiers so they can go after Bush, beat their competition, or both. In the most heinous way possible, our very networks have willingly entered into a relationship with those who mean to exterminate us all. Why?

Because of ideology and money.

If you speak with these executives and ask them to defend the indefensible, they will say, “Hey, we didn’t get this tape from Al Qaeda. We got it from the Al Jazeera network.” Okay, and who did Al Jazeera get it from?

While it may be beyond the bottom dwelling instincts of some of these network executives, imagine the revulsion, heartache, and irreparable harm done to a family member who lost a loved one in one of these roadside bombings and then sees it replayed ad nauseam by our networks and cable networks.

The continued showings of these explosions is not only giving aide and comfort to the enemy, it is hurting the morale of our troops, and weakening our resolve here at home.

If we don’t find this type of “journalism” reprehensible, then those who hate America have won. Speak up…while you still can.