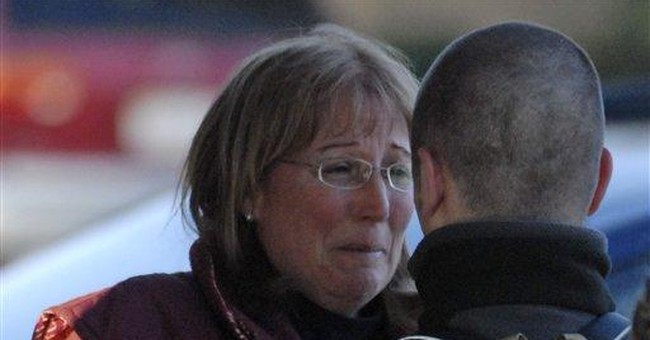 “Are we responsible for that poor man getting killed at NASA in Houston?”

It is a fair, logical, and timely question that must be answered by the media. Did the non-stop playing of the Virginia Tech killer’s twisted thoughts help to push a fragile mind in Houston to walk the same grisly path? Has the airing of that video set in motion other killers and imitators who may not carry out their copy-cat crimes for months or years?

As we have all seen over the years, the media is not only highly proficient at exposing dirt, but creating dirt where none before existed. However, should that self-created dirt start to land on them, then no one is better at sweeping it under the rug. Only with this selfish spring cleaning, the media is dishonoring the memories of thirty-two innocent victims, their grieving families, and potentially, victims and families yet to be known.

As NBC News Anchor Brian Williams moderated the first Democratic debate in South Carolina last week, I desperately wanted him to ask, “As leaders of our nation, and as a potential President of the United States, do you think my network crossed the line when we acquiesced to the wishes of a cowardly mass murderer?”

As to be expected, that question was never asked. In fact, for the most part, the media is running as far and as fast from this subject as possible. When in their minds, someone else has done something wrong, they will trail that person to the ends of the earth to get an answer to their questions. But, when it is they who have done wrong, they often unprofessionally and unethically answer “no comment.”

In talking to my friend at the cable network, I was told, “Look. We didn’t air the manifesto of this creep because we wanted to show the public how deranged he was. They figured that out on their own when he slaughtered thirty-two people. We showed it because our competitors were showing it and we didn’t want viewers to change the channel. As simple and as selfish as that.”

That the networks and cable networks were shocked by the outrage of the viewing public to their gratuitous airing of this real life horror movie, would be an understatement. Fearing the permanent loss of some of these viewers, or even worse, the loss of advertising dollars, the network and cable anchors all started to sputter the same hackneyed phrase under orders from management. “We’ve decided to dial-back in our airing of this video.”

Why don’ t the network and cable network executives who authorized the airing of the manifesto, organize a “town hall” meeting at Virginia Tech or 30 Rockefeller Center in New York City, and face the music on this one. Is that not the least they can do?

If deep introspection by the media is not in the cards on this one, then maybe Congress, when they take a break from their petty partisan bickering at the expense of the American people, can call these executives to Washington to at least answer two questions.

“Was an innocent man in Houston indirectly killed because of your actions? And how do you plan on dealing with this subject going forward?”

Being that personal responsibility is not a hallmark of the media nor Congress, it’s safe to assume neither will take on that assignment. Instead, we will be forced to wait for the next human time bomb to go off, and then watch in despair as some choose to exploit unimagined pain.