The Demise of Liberal Publishing 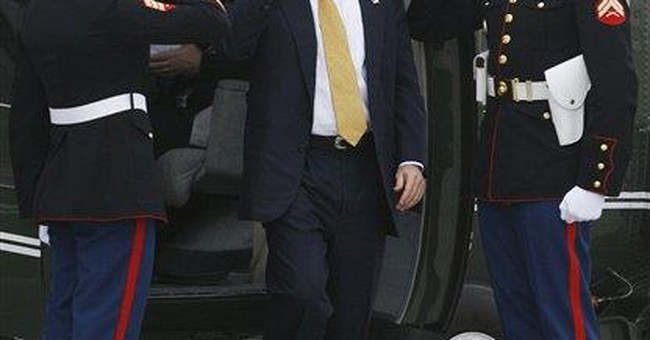 As an author and writer, I don't pretend to know much about the stock market. But as someone who does understand a bit about the publishing business, I'd advise anyone with shares in that industry, to dump them before January 20th of 2009.

What happens on that date? Why, only the single largest cataclysmic event ever to hit publishing. For at High-Noon on January 20, 2009, George W. Bush will cease to be president and countless liberal authors, editors, artists, and ghostwriters, are going to find themselves out of a job. I pity whoever is the next president because he or she is going to have to deal with a spike in the unemployment numbers that will make the auto industry layoffs look like a job fair.

I have a number of friends in New York publishing and those friends are never hesitant to admit that most in the book business tend to be left-of-center politically. Some way left-of-center.

And like many left of center liberals around the country, these left-of-center editors, publishers, and ghostwriters, still harbor a strong dislike of George W. Bush. A dislike that borders on pure hatred for some.

What drives such negative and inwardly destructive emotions? Simply the belief by many on the far-left that President Bush – with an assist from the Supreme Court – somehow stole the election from Al Gore in 2000. They just can't let it go.

Now, if you are just an ordinary left-of-liberal American, well there's not much you can do about such a belief other than continue to sneak illegal aliens into the country while you stuff envelopes for the ACLU and NARAL, and scream at your television set every time the president interrupts Rosie O'Donnell on "The View" to speak to the nation.

But boy, if you happen to be a liberal writer, author, editor, or publisher with a political ax to grind, then the last six plus years for you have been like killing fish in a barrel with a WMD. No matter how true, untrue, inaccurate, slanderous, or hurtful the book, New York publishing decided to unload on George W. Bush and his family.

While it would take days and the supercomputers from NASA to count all of the anti-Bush screeds that have been given prominent space by the nation's well known book chains, it's still worth noting just a smattering of the venomous titles now out there.

Some of these books made a great deal of money, but many failed and cost the publisher hundreds of thousands of dollars. And guess what? Most of the publishers could care less. Because, as one of their titles suggest, "Mission Accomplished". They got to go to trendy cocktail parties on the Upper Eastside, rub elbows with equally liberal newspaper and magazine editors and publishers, and gleefully announce the latest literary broadside they had fired at George W. Bush on behalf of the "cause."

Well, the "cause" and the Bush feeding frenzy book party, is quickly drawing to a close, and the target of this unchained rage is going to be moving on with the rest of his very full life. I dare say that those in and out of publishing who unabashedly hate the president, are going to be in need of serious psychiatric care come January 20th of 2009. Eight years of vilifying one man will have come to an end and the void in the lives of those who harbor such partisan loathing, cannot properly be fathomed by those with no ill will in their hearts. It's simply all consuming.

Understanding that, I'd venture to say that if you do take your money out of publishing, you might want to invest it in the manufacturers of anti-depressants and drool-bibs.