I’ve Got a Great Idea: Let’s Kiss Some Terrorist Butt! 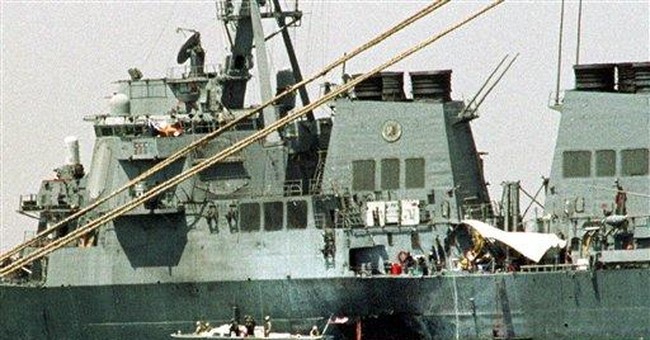 I’ve got a great idea: Let’s kiss some terrorist butt! I’m talkin’ a big, slobbery wet one right on their back forty. We might as well, as we are about to muck up the rest of our country with a stimulus package that will stimulate only a liberal government’s lug nuts.

Barney Frank. What an SNL skit waiting to happen. If I were named Barney, I’d be pissed. (Though given his sexual proclivities, he does have quite the apropos surname, eh?)

In addition to the FUBAR governmental enslavement our nation’s about to be saddled with, we’ve officially begun the mainlining of secularism, the okaying of nation-sinking sins, the Ex-Laxing of our immigration laws, the acceleration and radical funding of abortions aplenty, and the real possibility of the government duct-taping any mouth that does not repeat Obama’s mantras. I’d say we’re pretty much sunk.

Welcome to hell, America. Can I take your coat?

As America begins its swirl around and down the global toilet, I say we expedite our demise and put on some buttsmacker lip balm and kiss some terrorist booty. We’re courting other failed strategies, why not be nice to those who want us on ice?

What’s that? You say we already are smooching Achmed’s arse? Oh wow! I didn’t know. I’ve been watching MSNBC, and since Obama’s been elected all I’ve seen on that unwatched network is that everything is beautiful in its own way.

According Martin Mawyer, President and Founder of the Christian Action Network, we’ve been turning a blind eye and deaf ear to Islamic death camps, not in some sucky Suckistan country around the world but in our own backyard and, and, we’ve been doing this for quite some time.

Mawyer informed me on my talk show last Thursday of something the American public was never supposed to know:

“The 2006 Justice Department document that exposes 35 terrorist training compounds in the U.S. was marked ‘Dissemination Restricted to Law Enforcement.’ All the copies of Sheikh Muburak Gilani’s terrorist training video, ‘Soldiers of Allah,’ had been confiscated and sealed—all of them, that is, except one—that Christian Action Network now reveals in the documentary Homegrown Jihad: The Terrorist Camps Around the U.S.

It seems unfathomable—nearly three-dozen terrorist training compounds in the U.S.—and the FBI, Homeland Security, and State Department are no help at all? But the evidence is irrefutable: as Jamaat ul-Fuqra (known in the U.S. as Muslims of America) leader Sheik Muburak Gilani professes on the Soldiers of Allah video, ‘We are fighting to destroy the enemy. We are dealing with evil at its roots and its roots are America.’ Gilani’s strategy to off us infidels is ‘Act like you are his friend. Then kill him.’

The Soldiers of Allah training video teaches American students how to operate AK-47 rifles, rocket launchers, and machine guns; how to kidnap Americans and then kill them; how to conduct sabotage and subversive operations; and how to use mortars and explosives.

With almost 50 terrorist attacks on American soil linked to Jamaat ul-Fuqra—ranging from bombings to murder to plots to blowing up American landmarks—what will it take for the government to protect its citizens from self-professed enemies of Americans? They hide across 35 American cities as innocuous-sounding as Hancock, NY; Red House, VA; and Seattle, WA.

The allegations are serious, which is why Christian Action Network took more than two years to research Muslims of America—going inside the compounds with their video cameras and questions to confront violence and confirm the truth. Their mission? To make Americans aware of the threats and have Jamaat ul-Fuqra placed on the State Department's Foreign Terrorist Organization Watch List, thereby shutting down the camps in the U.S. run by ul-Fuqra's front group, Muslims of America.

The State Department issued a statement on January 31, 2002, regarding why the group was no longer recognized as a terrorist organization: ‘Jamaat ul-Fuqra has never been designated as a Foreign Terrorist Organization. It was included in several recent annual terrorism reports under ‘other terrorist groups,’ i.e., groups that had carried out acts of terrorism but that were not formally designated by the Secretary of State. However, because of the group’s inactivity during 2000, it was not included in the most recent terrorism report covering that calendar year.’

The effect of being removed from terrorist reports? In January 2002 Wall Street Journal reporter Daniel Pearl was kidnapped and later beheaded while attempting to attend an interview with Jamaat ul-Fuqra leader Sheikh Muburak Gilani.

Was this an isolated incident? Hardly. In March 2003, Fuqra and al Qaeda member Lyman Faris pled guilty in federal court to a plot to blow up the Brooklyn Bridge, and the list goes on.