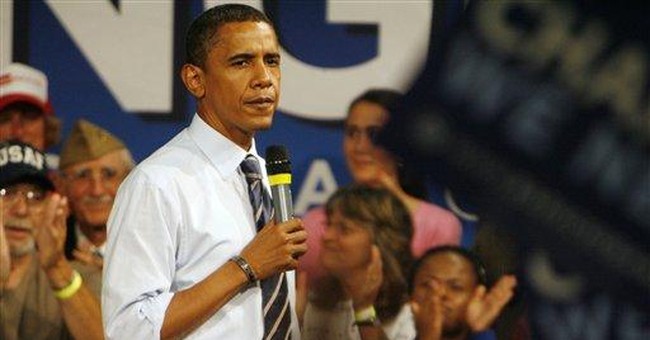 Did Obama put the pig dig to Palin this past week in Virginia? Personally, I think he did, nearly everyone else thinks he did, and judging from his fawning audience’s reaction they thought he did. But since he’s the Holy One and all that he says and does is just and true, let’s give him the benefit of the doubt, okay?

Yeah, I agree. I think Barack is full of bunkum, and I believe it was an intentional insult which (at least for me) joyfully proves that Palin is officially rattling Obama’s cage. She’s now infiltrated Barack’s brain. He’s sweatin’.

Behold the might of a truly powerful, pretty, non-nasty, everyday woman.

Yep, Barack Sinatra is losing his cool, making sexist gaffes, hemmin’ and hawin’ during his interview with O’Reilly, and Biden—Biden, wants out. Did you hear him questioning Obama’s judgment this week stating that B-HO should have chosen Hillary because she would be a better VP than he? He looked like he needed some Cialis. Wassup, brother? A little buyer’s remorse, Biden old boy? I think the maxim “be careful what you wish for” would probably apply here.

But let’s get back to the lipstick.

Y’know, if I were Barack I wouldn’t be accusing anyone or any party of lipsticking because Obama is the king of the crimson paste. This man, his record, his associations, and his plans to screw . . . I mean change . . . America has more makeup than Michael Jackson, Gloria Swanson, Jezebel, Ryan Seacrest and the demented bag lady I saw at a bus stop the other day in downtown Miami combined. Matter of fact, I believe Revlon is one of the chief sponsors of Obama’s Audacity of Hype tour.

Obama and his camp have lipsticked the following:

They’ve lipsticked Michelle Obama. She morphed from Omarosa to Oprah in a month before the DNC. It’s a miracle! No . . . it’s lipstick.

They’ve lipsticked their wealth redistribution aspirations by calling it “economic justice.” Sounds like theft to me. Sounds like they’re going to hammer the productive by reallocating their cash via government command. I smell cherry lipstick.

They’ve lispticked the dog out of Obama’s mentors and associates such as Frank Marshall Davis, Gerald Kellman, Bill Ayers and Rev. Jeremiah Wright. They have downplayed both the gravity of these freak’s anti-American sentiments and they have lip glossed B-HO’s close friendships with these boys.

They put $20 worth of lipstick on his “community organizer” stuff. Barack’s camp has made this sound like he’s been feeding the multitudes with five loaves and two fishes for the last couple of decades. What I have found is a bunch of voter fraud activities and Wal-Mart bullying.

They’ve lipsticked Obama’s supporters by downplaying endorsements from the Black Panthers, Hamas, Fidel Castro, the Chicago Young Communist League, The Communist Party USA (they can’t officially endorse anyone, but they sure think he’s yummy!). The dudes from The Committee of Correspondence for Democracy and Socialism likey the Jobama ticket, and the race baiter Jeremiah Wright still digs him. Across the pond the Party of European Socialists, Libyan leader Mu’ammar al-Qaddafi, and of course MTV’s British splooged hair VMA host Russell Brand thinks he’s just cricket, baby! I have two words for this obfuscation: lip stick.

Barack’s philosophical mentor Saul Alinsky was all about lipsticking/camouflaging his communist wet dream. Alinsky knew that Americans bristle when they hear radical rhetoric and must therefore be approached more gingerly with fluffy words like “change” and “hope.” Yep, Saul advised his droogies that if they want to catch the fish they have to present the bait but hide the hook.

When accusing McCain/Palin of putting lipstick on a pig, Barack needs to heed this lesson of Jimmy Swaggart: It’s not prudent to call attention to and condemn something if you’re doing it yourself.