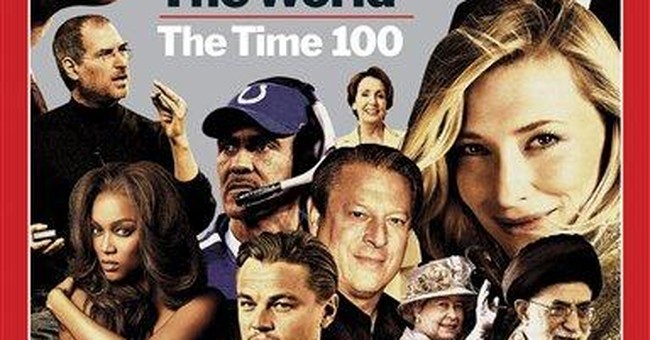 For the last 40 years, there has been a belligerent, systematic secularization of the United States by the liberal thought cops. These individuals have sought to remove from all public sectors of society any semblance of biblical values, all influence of religious institutions, all sacred symbolism and the traditional core values which have made America great.

A myopic Cyclops can see this.

Of the many mental things the secularist suffers from, two primary pains motivate them to work against the universe: 1) a repulsion towards God and 2) a massive American History memory loss.

Being saddled with these sicknesses, instead of seeking healing or having an exorcism or joining MA (Misguided Anonymous) or just moving to Holland where they’ll be nice and comfy, they have chosen rather to create a new United States of Sassy Secularists in which the traditionalist is kicked to the curb and their novel material girls get to govern.

To accomplish the creation of the USSS, they have become busy monkeys trying to level authorities, rewrite records, become judge and jury of all things everywhere, homogenize cultures, pimp style over substance and deify power while they prop up the “victims of the system” to drive their imagined American magic bus.

On Planet Secularity where truth is dead, muscle-power becomes the operative standard of speech. The results are cultic conformity and group bullying. The chief orgasmic goal of the secular sellers of societal swill is to create a rock-solid environment of political correctness—with the intended end being the cowing of people who might rustle their feathers by not parroting their already tried (and been found wanting) opinions. They can’t allow people to speak and free think, because the realist and the truth dealer would pee on their little party.

Therefore, the person who champions a traditional view of truth (not propaganda), who stands for the historical record (not the hysterical read) and who believes that biblically based, previously proven and transcendent standards should continue to serve as an external pattern to govern our nation’s character will endure more scorn than Ted Nugent, Rush Limbaugh and me crashing Rosie’s “Lesbians Only” plus size pool party. But that doesn’t rattle the God and country lover’s cage.

The faithful traditionalist who loves God and the way this nation was originally constituted will stand up against this hijacking of our nation by the secularists. Yes, the grand and the noble will not lie down and roll up like an opossum just because the truth isn’t en vogue. Great people side with truth even when it’s detested.

The traditionalist who’s worth his salt will not put on ButtSmacker lip balm and kiss the chunky backside of the secularists when they jam it in his face for an acquiescing smooch. No sir. No way. Not now. Not ever.

Rather, the hardy traditionalist, while humming the words to Twisted Sister’s hit song, “We’re Not Gonna Take It,” will continue to speak out, work hard and self sacrifice in order to preserve classic traditional America values.