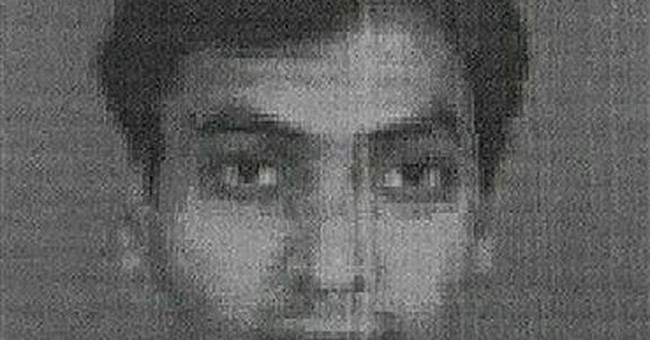 Evidently the Muslim doctors who were busted in last week’s UK terrorist attacks aren’t cool with the Hippocratic Oath like our western Marcus Welby’s are. These stethoscope donning wannabe dealers of death seem to have no problem in trying to heal us on Tuesday morning and kill us at Tiger Tiger on Friday night. Their Mr. McDreamy is very McDeadly.

Hey, didn’t you just love the spin spun last weekend from the various news agencies across the pond regarding the origins of these monstrous MDs? We were told that these tools were “Asians.” Asians?

I’m thinking … have the Japanese gone and attacked our snaggle-toothed brethren? No?

Has some Fu Man Choo from China begun to give our allies the big fongool? Strike two?

I know . . . those sweet old Tibetan monks have now broken bank and gone bonkers on Great Britain? I always knew that whole “peace and love stuff” they were selling was a bunch of crap. No, not them either? So, if it wasn’t Japan, China or Tibet—then who was it?

Was it the Mongolians, North Koreans, Vietnamese, East Timorites—or was it a bunch of Dr. Evils from Laos! What? I’m not even close? Dang it!

I know . . . you guys were probably talking about the rock band, Asia? That’s it. Did Downes, Wetton, Howe and Palmer become terrorists after their third album tanked in ‘85? Is that whodunit? No? Crap! What people group are you talkin’ about when you say the culprits were Asian?

What’s that? You say the terrorists were from western Asia? Oh, okay. However, most people who live not in the land of BSville normally just call “Western Asians” who try to kill people with gasoline and buckets of nails “Middle Eastern Muslim radicals.”

Not only did our cousins get attacked by “Western Asians” but, as stated, the dudes who attempted to slay our friends were their doctors. Uh oh. The terrorist profile just got expanded.

No longer are the Islamic pain in the asses the 18-year old, chronically unemployed, nanny goat bearded bomb tossers who wear a pillow case for a hat, but now, in the west, they’re wearing scrubs and sporting tongue depressors. And they can write a prescription for life or death. The terrorists, like the Jefferson’s, seem to be movin’ on up. Yes, now we’re singing the white collared blues.

What a test for England’s new Prime Minister Gordon Brown, eh? It seems as if Brown is playing this rough hand well. He’s announced that he’s going to look into the backgrounds of all the highly-skilled migrant workers entering the United Kingdom like Al Gore’s kid would examine a fresh quarter pound of red haired skunk weed.

Mr. Brown also said he was ready to look at Conservative proposals for a national border police force and to consider a call from David Cameron for a ban on Muslim political party Hizb-ut-Tahrir. Giddy up, Brown. Good for you. Perhaps you can cease the British bulldog from its present morphing into a capitulating poodle to these problematic people.

You’ve got a tough row to hoe, Mr. Brown. My prayers are with you. With tens of thousands of Islamic radical whack jobs within your borders who are just jiffy with jihad and with Mohammed being the second most popular name for new “British” baby boys born in ‘07, it seems as if you have one mell of hess on your hands.

So, Prime Minister, tap into the spirit of Winston Churchill. Grow some ‘nads the size of Texas. Investigate each and every cleric, doctor, lawyer, business owner and rebel teen you might feel the slightest inkling doesn’t salute your Union Jack and that for which it stands. And for God’s sake, please have your reporters and your pundits stop saying “Asian” when you mean “Middle Eastern radical Muslims.”