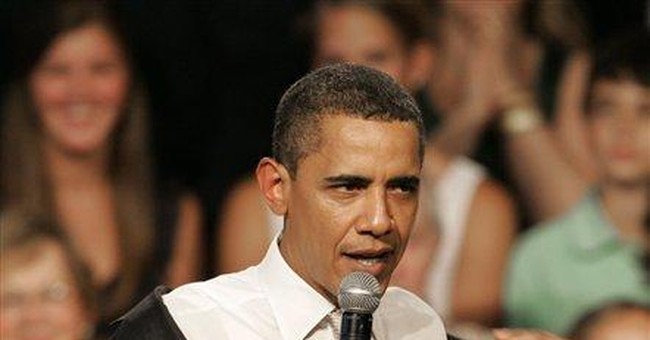 WASHINGTON -- President Obama has been a fierce and relentless critic of America's medical-care system. Indeed, it's hard to recall when, if ever, he has had anything good to say about our private healthcare system.

Throughout his presidential campaign and the first six months of his presidency, he has made a practice of attacking just about every sector of the healthcare business: Hospitals are inefficient, wasteful and inept. Insurance companies charge way too much and make obscene profits. The pharmaceutical industry overcharges for the drugs they produce, despite research costs in the hundreds of billions of dollars and millions of lives prolonged and saved.

His generic mantra is that our healthcare system is dysfunctional and that, despite all the modern medical tests and high-tech diagnostic breakthroughs, we're not any healthier than we were before.

Really? Has Obama missed the medical revolution that our healthcare system has undergone in recent decades? The wonder drugs that keep Americans alive and active; the less invasive microsurgery that shortens hospital stays, cuts costs and hastens recovery; the new PET (Positron Emission Tomography) scans that spot cancers early enough to save lives; and the multiplicity of health-insurance plans for a wide variety of incomes.

How is it that Obama, who is not a doctor, can have such a dismal and critical view of America's healthcare system that is so sharply at odds with how our medical leaders see the present system?

Indeed, despite whatever imperfections and problems there are in our healthcare system, there is much more to celebrate than to criticize. More than 250 million Americans have health insurance, and every poll shows the overwhelming majority of them are satisfied with the coverage they have and the medical care they receive.

The medical advances over the past several decades have been historic. Consider heart-bypass techniques, the growing transplant technology and the anti-cholesterol, anti-stroke and anti-cancer drugs that have lengthened survivability rates.

But you won't hear this from the Obama White House, which is focused on denouncing the private marketplace system serviced by doctors and nurses and replacing it with a public monopoly controlled and run by the government and an army of federal bureaucrats.

At his news conference last week, Obama bemoaned once again the costly equipment and tests that hospitals and other medical facilities use to diagnose, treat or otherwise care for their patients -- saying they don't make Americans any healthier.

But these tests and medical scans are critically important to finding out the exact nature of illnesses and the best form of treatment. They do, in fact, help make millions of Americans healthier.

So why does Obama suggest otherwise? Cost is his main motivation because it is the critical part of the government takeover equation. Drive down costs through price-control regulations, and it may make their trillion-dollar-plus healthcare plans less expensive.

But how would such price controls, and the rationing that goes with it, affect the health care of all Americans? Obama answered that question in a revealing -- and I think disturbing -- remark at last week's news conference that suggested where Obamacare would take us: "Our proposals would change incentives so that doctors and nurses are free to give patients that best care, just not the most expensive care," he said.

But who decides what treatment is too expensive and thus should be denied? Under Obama's vision of government health care, the government, not doctors, would make that decision.

A pacemaker after age 85? Bypass at age 80? A cancer PET scan at nearly $6,000 a scan? These might not fit in with the government's price controls that are part and parcel of the legislation being considered in Congress right now.

"At some point in our lives, we're all patients, and the way to strengthen our system, to control both cost and quality, is to empower the patient," the three former AMA presidents said. "If the federal government is allowed to expand its role in medicine, our country will see the long waiting lines for care, patients will lose trust in their doctors, and the medical discovery and innovation that has saved and enhanced lives across the country will end."

America's healthcare industry has made great medical strides over the course of the past 10 decades, pushing the average life-expectancy rate from 47 years in 1900 to 77 years in 2000. Today, it is 75.15 for men and 80.97 for women and climbing.

No doubt some reforms need to be made, especially in applying marketplace incentives to expand healthcare coverage. But our private medical-care system on the whole has worked well.

Maybe now is the time to remember the age-old axiom, "If it ain't broke, don't fix it."