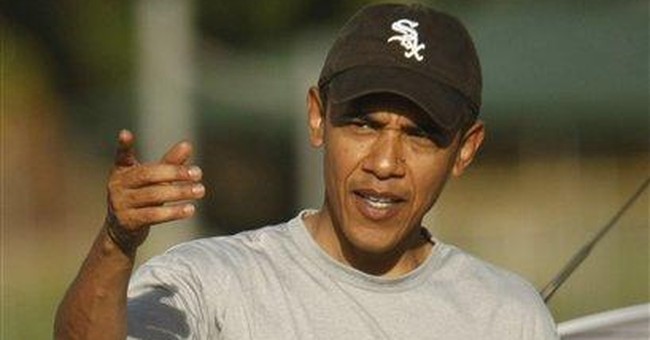 WASHINGTON -- President-elect Barack Obama's risk-adverse, centrist-leaning Cabinet appointments suggest that there may be a lot less "change you can believe in" coming out of his administration.

There are dyed-in-the-wool liberals in this pack, to be sure. Rep. Hilda L. Solis of California, chosen to be Labor secretary, has a knee-jerk, pro-union voting record and will toe the line for the AFL-CIO's agenda. The labor federation called her "an inspired choice."

Former Senate Majority Leader Tom Daschle, who will be in charge of shaping and pushing Obama's healthcare reforms as Health and Human Services secretary, supports a government-run health-insurance system. Indeed, he wants to go further than Obama toward universal healthcare.

You can't get more liberal than Carol M. Browner, who will be White House energy czar. She comes out of Ralph Nader's holy war against corporations and capitalism and was joined at the hip to Al Gore's radical global-warming agenda as head of the Environmental Protection Agency under President Clinton.

But there were many other appointments to what the Washington Post disappointedly called "a team of moderates" that suggested caution and timidity as Obama shapes the Cabinet that will run his administration over the next four years.

Let's start with his trade representative. In the Democratic presidential primaries, Obama was breathing fire against the North American Free Trade Agreement, and just about any other trade agreement, saying that he would renegotiate NAFTA with Canada and Mexico. His trade rhetoric became increasingly protectionist as he battled Hillary Clinton for labor's support.

But he chose former Dallas Mayor Ron Kirk, who has been a supporter of NAFTA to be his chief trade representative. It turns out that when Austan Goolsbee, the University of Chicago economist who is one of Obama's top advisers, was telling the truth when he told Canadian envoys earlier this year not to take the freshman senator's anti-trade rhetoric seriously -- creating a storm of controversy.

Or consider Obama's choice for Education secretary, Arne Duncan, chief executive of the Chicago school system, who is being praised to the hilt by President Bush's Education Secretary Margaret Spellings for his support of Bush's No Child Left Behind educational program.

Then there is his decision to name Colorado Sen. Ken Salazar to be his Interior secretary. Oil-industry leaders were especially happy to see Obama pick someone who is a supporter of offshore exploration and drilling. Exxon-Mobil couldn't be happier.

As for secretary of Agriculture, where farm subsidies have gone through the roof, giant agribusiness interests were cheering the selection of former Iowa Gov. Tom Vilsack, who will be in their hip pocket. He is a longtime supporter of the heavily subsidized biotech and corn-based ethanol industries.

His choice for Commerce secretary is especially off message, though not one that the party's left is cheering. Throughout the campaign, Obama attacked Bush's across-the-board tax cuts and his pro-business leanings.

But he chose New Mexico Gov. Bill Richardson (largely because he is Hispanic?), who also cut income taxes across the board to make his state more competitive with its neighbors whose tax rates were lower. Not just for the middle class but for all income levels. He's pro-free trade, too. No wonder he is one of the U.S. Chamber of Commerce's favorite governors.

Republican Ray LaHood was a surprising choice as Transportation secretary, too. Not necessarily because he was a staunch supporter of John McCain but because he has no background in transportation policy. Known as an unerring centrist in Congress, he has a reputation as a deficit hawk.

But LaHood, who has been a critic of the Bush administration, has built a strong relationship with Obama in Congress as a major player on the House Appropriations Committee for the Illinois congressional delegation. When it comes time to extract more money out of Congress for Obama's big-spending infrastructure stimulus agenda, LaHood's influence with the panel could be critical.

These and other lesser-known nominees not only reveal Obama's strong tendency toward pragmatism but also his wariness about not being seen as too liberal or too centrist. The danger in all this is that he will end up with a team of ideological rivals that has no unified political philosophy to hold the administration together as it steers its way through a storm of conflicting issues and challenges.

Perhaps the most surprising manifestation of this ad-hoc approach to the administration's top players came last week when Vice President-elect Joe Biden, chosen for his foreign-policy acumen, said he has been asked by Obama to oversee a panel to find ways to build up the middle class.

This is about as far away from foreign policy and national-security issues as you can get, and that may be what Obama's inner circle wants.

Which raises this important thought: If his administration doesn't already know how to build up the middle class just as it is about to assume power, he may be in more trouble than anyone realizes.