Game On: Let the Race Begin 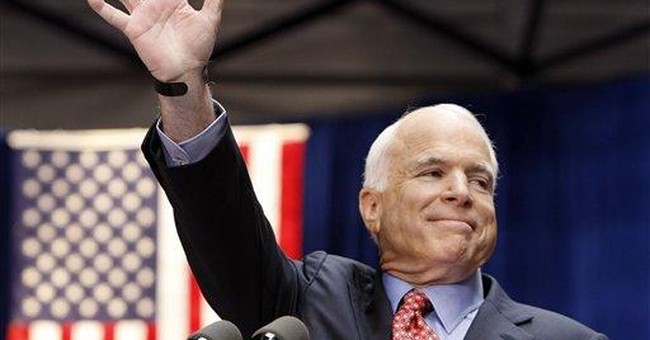 WASHINGTON -- The convention speeches and party hoopla are over, the nominees have laid down their political markers, and now the race for the presidency hits full throttle. Americans have been doing this for more than 225 years, only this time, several things are quite different: The Democrats have nominated the first African-American in U.S. history whose candidacy has been fueled principally by his oratory and celebrity; and the Republicans have chosen the oldest nominee in our history, a vigorous 72-year-old war veteran, and the GOP's first female vice-presidential nominee. But the more things change, the more they stay the same.

The race will come down to the age-old political question: Whom do you trust to assume the powers of the presidency and protect our country from harm? Only this time, that question is far more ominous because of the candidates' glaring gap in political experience. John McCain of Arizona is a veteran House and Senate lawmaker who has led debates on the most important national-security and foreign-policy issues of our time and has a reputation for seeking bipartisan compromise in pivotal domestic-policy debates. Barack Obama is a former neighborhood organizer brought up in the cauldron of liberal, inner-city Chicago politics. Until a few years ago, he was an Illinois state senator known only for voting "present" when faced with tough decisions. Not to mention, Obama won his Senate seat in an election that had no serious opposition and as a freshman senator, has led no substantive legislative causes and hasn't engineered any compromises between warring factions -- though he mai!

ntains he will do so if elected. For most of the past three years and eight months, he has not been in the Senate, instead traveling the country to promote his best-selling biographies.

Over the past two weeks, much of the election coverage has been focused on vice-presidential selections. Obama chose Sen. Joseph Biden of Delaware, a twice-failed presidential candidate who has been in the Senate forever with little accomplishment to speak of. His principal proposal in debates over Iraq was to divide up the country into three parts, predicting that Kurds, Shia and Sunni Muslims could never work together. Iraq, he insisted, would plunge into chaos. He was wrong on both counts, raising troubling questions about his judgment in a geopolitical crisis.

John McCain's choice, Sarah Palin, is a forthright, no-nonsense woman, who was former mayor of her hometown and the current governor of Alaska. McCain, proud of his reputation as a maverick, chose her because she's an outsider with a reputation for shaking things up. After vetoing excessive spending, balancing budgets, negotiating with big-oil companies, rebating tax surpluses and championing oil and gas production in a state that provides us with a lot of both, she has demonstrated executive skills and political leadership at the top. Obama and Biden have done neither.

But this election will not be about the vice presidents, whom will soon be relegated to the back pages and bottoms of network newscasts. The focus will turn to the two presidential nominees and their vastly different agendas for change. The last sitting senators elected to the highest office in the land were John F. Kennedy and Lyndon Johnson. Since then, Americans have elected either vice presidents or governors -- believing in their previous executive experience and the outsider perspective needed to run the country.

The Democrats selected two liberal establishment insiders from a Senate that boasts a 14-percent approval rating. In other words, they are men from a part of government that is often seen as part of the problem, not the solution. The Republicans have also picked a presidential nominee from the Senate, but this nominee has commanded men in time of war and has a unique "outsider" reputation for executive-style leadership in rough-and-tumble policy battles.

The outsider image has been a consistently powerful force in modern American politics, and that will be the case this year as well. Let the race begin.