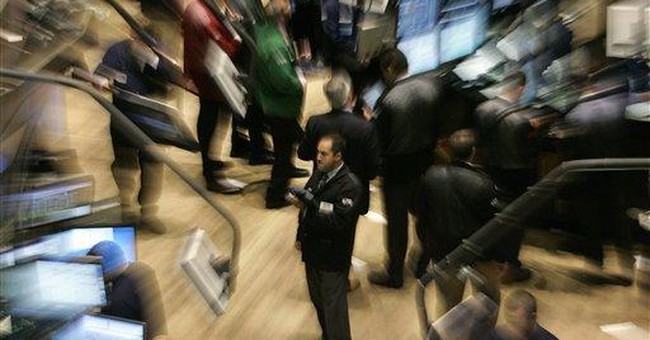 WASHINGTON -- Pessimism is a contagious affliction, born by fears of some cataclysmic result that is based on little or no compelling evidence -- usually in the face of a pile of facts to the contrary.

That's the illness that spread through Wall Street last week, triggered by the continuing turbulence in the housing and credit markets amid fears that the situation is only going to get worse and drag the rest of the economy down with it.

Some of the gloomiest traders on Wall Street have begun, once again, to talk about a recession, the dreaded r-word that rears its ugly head whenever the stock markets go through their usual corrections -- which is what's happening now.

Cooler heads advise that, for the time being, the housing troubles have not spilled into the economy at large. That's because the fall in home sales and the concurrent collapse of the subprime-mortgage market represents a small fraction of our $13 trillion-per-year economy.

This is not to say the credit crunch can't get worse. The torrid housing boom of the past several years led to a frenzy of irresponsible mortgage schemes by lenders who offered little or no interest or no-down-payment deals, and short-term adjustable-rate mortgages, to poor credit risks.

Thus far an estimated 20 percent to 30 percent of them have fallen through, and that could go higher when interest-payment resets kick in over the next two to three years. The implosion of these types of loans has dried up the money flow to lenders, forcing the Federal Reserve Board to provide additional liquidity to the banking system during this rough patch.

But this still begs the question: Does the housing credit crunch endanger the larger economy? The evidence suggests it does not. Indeed, there's a mountain of evidence that the economy is stronger, despite the temporary housing illness. A few examples:

-- The economy, in the middle of the subprime mess, grew by a strong 3.4 percent in the second April-June quarter, driven by stronger consumer demand, increased exports and an uptick in manufacturing output.

-- Employment continues to rise during this period, with the jobless rate now at a low 4.6 percent rate. More Americans are working now than at any time in our history, while wage growth has rebounded.

-- A large decline in the cost of gasoline prices last month helped hold down consumer prices to their lowest level in eight months. Prices rose by a mere 0.1 percent in July, and the core rate of inflation, excluding volatile energy and food, has risen a tame 0.2 percent for the past two months.

-- The big news from a key sector of the economy: The Fed reported that industrial output rose by 0.3 percent last month, following a solid 0.6 percent rise in June. July's increase was fueled by a 0.6 percent rise in manufacturing, the second consecutive increase at this rate.

Stronger global growth is a big factor behind the faster pace in factory output. We are selling more abroad and that, the government reported this month, has been driving down the trade deficit.

-- Another sign of the economy's health is last week's report that the budget deficit is falling faster than expected. Tax revenues have been flowing into the Treasury at higher-than-forecast levels as a result of growing employment and rising corporate earnings.

-- There's even a bit of hope that the housing sector's sales decline may be primed for an upturn, according to a report from the National Association of Realtors.

"Although home prices are relatively flat, more metro areas are showing price gains with general improvement since bottoming out in the fourth quarter of 2006," said NAR senior economist Lawrence Yun. "Recent disruptions will hold back sales temporarily, but the fundamental momentum clearly suggests stabilizing price trends in many local markets."

Notably, the NAR survey found housing price increases in 97 out of the 149 cities it surveyed, or about two-thirds of the market. In other words, the bottom is not falling out of the housing market.

The underlying reality in the housing market is that most homeowners have experienced "very healthy long-term gains," said NAR president Pat Combs. So, the pessimists on Wall Street notwithstanding, the U.S. economy is sturdy, resilient and growing. Over the long term, I don't think the housing downturn is going to fundamentally affect that trend.