The Company They Keep 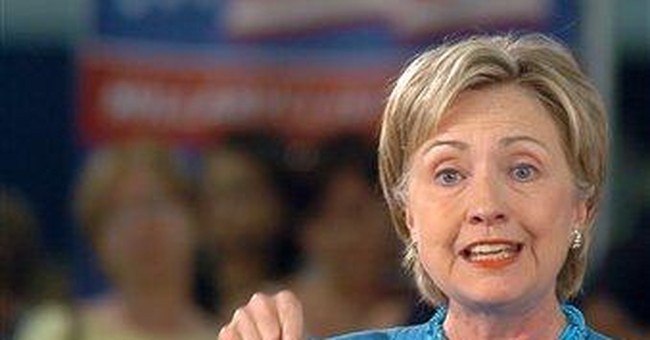 WASHINGTON -- You can tell a lot about presidential candidates by the policy wonks they surround themselves with, especially the economic advisers. The Democratic presidential front-runners have brought in like-minded Wall Street financiers, economists and policymakers. But in some cases, others are thrown into the mix who have radically different ideas, and some of it may be sheer window dressing to appeal to the special interests they need to win the nomination.

New York Sen. Hillary Rodham Clinton is selling herself as someone who believes in expanding trade and opening up markets for U.S. goods. But she counts a fierce leftist opponent of free trade among her advisory panel, former House Democratic leader Richard Gephardt.

Sen. Barack Obama of Illinois opposed President Bush's proposed Social Security reforms for personal-investment accounts that would have allowed workers to invest some of their payroll taxes in the stock market. Yet one of the Harvard economists on his team likes the idea and has developed a full-blown plan to enact it into law.

Notwithstanding all this, a look at some of the other people on their teams provides a peek into the general direction they would take the economy if they won the presidency. While they've carved out more liberal positions throughout their political careers, urging increased spending, higher tax rates and more restrictive trade policies, some of their advisers are market-oriented, pro-trade deficit hawks.

Democratic economists say the ideological makeup of her team signals an economic policy that is almost identical to that of her husband's: pushing a balanced budget, trade agreements with labor-friendly provisions and soak-the-rich tax hikes.

"Her trade policies would probably be similar to Bush's trade policies, which were similar to Clinton's," said Dean Baker, co-director of the Center for Economic and Policy Research, a liberal think tank in Washington, D.C. "My guess is she would say what she had to say to get labor's support, but at the end of the day, it's going to be the same thing. I don't see her changing course on the policies."

And: "She would raise taxes on one or two of the top brackets to where Clinton raised them," pushing the top federal income-tax rate back up to nearly 40 percent, Baker told me.

Obama, too, has carved out a leftist voting record in the Senate, but he has a philosophically broader (and in some ways more eclectic group) of economic advisers who are mostly trained economists drawn from major universities. Among them: Harvard economist David Cutler, who served on Clinton's White House council of economic advisers, and Austan Goolsbee, a University of Chicago economist who calls himself "a market centrist." Obama, Goolsbee said, despite his liberal voting record, "approaches issues with a respect for the way markets work.

"He has objectives you would expect a Democrat to have, but also market-based approaches to reach those Democratic goals. Every time I talk to him, he respects and understands that you must take the market into account," he told me.

That sensitivity for the markets could lead to some tax cuts, Goolsbee suggested.

"I don't want to scoop the policies he might reveal, but I would not be surprised if he were for tax cuts for various things, though mindful of the need for fiscal responsibility," he said.

Unlike many (if not most) of his rivals for the nomination, Obama seems a little more open to contrary views on economic policy, his advisers told me. Jeffrey Liebman, an economist at Harvard's John F. Kennedy School of Government, is a prime example of that. He is the co-author of a paper that lays out a bipartisan plan that builds on President Bush's idea of personal Social Security accounts that invest in stocks.

Obama opposed Bush's idea, "but that has not made him adverse to hearing other points of view. He talks to guys like Liebman," Goolsbee said. "He's very concerned about how we get the savings rate higher and has been exploring ways to do that."

Former Sen. John Edwards of North Carolina, running on a far-left economic agenda, has made universal healthcare, more social-welfare spending for the poor and higher taxes to pay for it the focus of his candidacy. Robert Gordon and James Kvall, both former economic policy aides in the Clinton White House, are advising him.

Edwards is much more heavily trade protectionist and "balancing the budget would not be a top priority for him," Baker said.