A worsening economy? No way 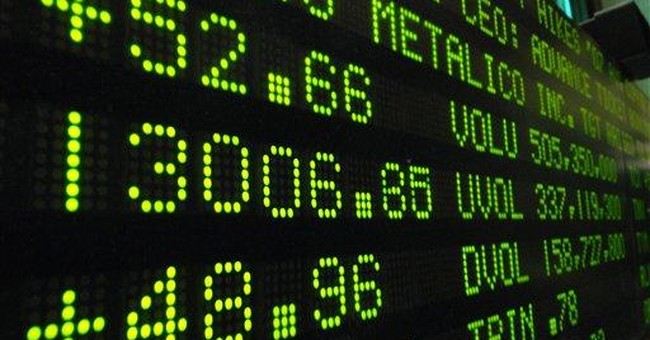 WASHINGTON -- Seventy percent of Americans now say the economy is getting worse, a belief contradicted by a growing workforce, increased wages and household wealth, and a stock-market rally that has boosted worker-retirement investments.

A survey of how Americans see the economy found that just 34 percent believe national economic conditions are "excellent" or "good," compared to 43 percent who said "only fair" and 23 percent who said "poor," Gallup reported last week. This represents a sharp deterioration in the economic scorecard in the past six months. In January, fully 52 percent of those polled said the U.S. economy was excellent or good.

Gallup's June 11 to June 14 survey also showed that "7 in 10 Americans now say the economy is getting worse, the most negative reading in nearly six years." The last time national economic perceptions were this bad: early September 2001 -- shortly before the terrorist attacks on the United States. Much, if not most, of these perceptions of a worsening economy are driven by higher oil and gas prices, as well as food costs, and a negative view about the job market, Gallup said.

Still, there are a number of economic reports that are seriously out of sync with public perceptions of a declining economy.

With a barrel of crude oil approaching $70 last week and a gallon of regular gasoline near, at or over $3, many household budgets are being squeezed. But the number of available jobs, at all income levels, ran counter to the belief that this is not a good time to be looking for one. If anything, the job markets have been tightening in a number of sectors that complain they cannot find enough workers.

Indeed, in an analysis of its latest numbers, Gallup said, "A look at yearly averages about whether it's a good time to find a quality job shows Americans' positive evaluations have increased gradually."

Between 2001 and 2003, when the economy took a nosedive as a result of the post-2000 tech-bubble collapse, followed by the terrorist attacks, an average of only three in 10 Americans said it was a good time to find a good job. That average has climbed every year since then to 46 percent in the past six months. Still, a 52 percent majority now say it's a bad time to look for work. In fact, the economy is doing a lot better than most Americans think. Take household wealth, for example. Despite the decline in home sales and the market value of existing homes, U.S. homeowners have seen a significant appreciation in their investment, and that is only going to rise further over time.

In a larger context, the "U.S. household sector is showing rapid growth in most types of savings. At $29.1 trillion, U.S. households have more net financial assets than the rest of the world combined," said Bear Stearns' chief economist David Malpass.

"The multi-decade accumulation in U.S. household assets and savings is a key factor in the economy's sturdiness and strong long-term prospects," he added in a recent analysis for Wall Street clients.

Malpass expects economic growth to turn upward, after the first-quarter decline, perhaps closer to 3 percent, and unemployment (now at a low 4.5 percent) to decline further.

Indeed, the decline in unemployment claims and increased hiring is one of the reasons why Gallup found that "current employment ratings remain considerably better than they were in the recent past."

The softening housing industry has hung over the economy like a dark cloud, but most economists, including Fed Chairman Ben Bernanke, say it has not yet had a serious impact on the economy as a whole. Interest rates, while a bit higher, remain low by historical comparisons. Housing is expected to pick up in the last half of this year.

Increased U.S. exports as a result of a global boom and a weaker dollar will be significant factors in higher second-quarter economic growth, as will retail sales that have already been showing increasing strength.

Why are Americans still so sour on the economy when it remains quite sturdy and promises faster growth in the months to come?

One big reason: the almost universally negative reports in the national news media. Americans still get a sense of the economy's health from the nightly network news shows where positive facts about the U.S. economy never get reported.

The Bush administration has been unable to fashion an effective and sustained counterattack to the media's negative tilt, and, until it does, it's unlikely that Gallup's depressing numbers will change anytime soon.