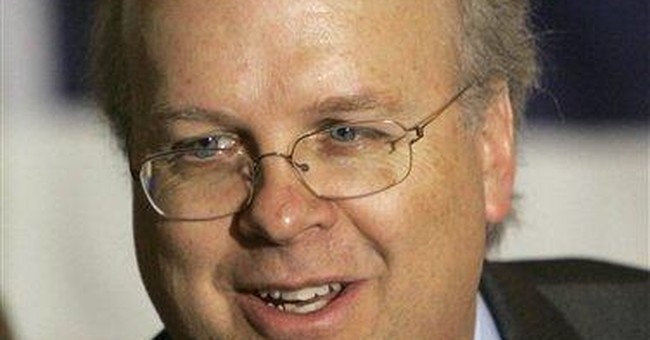 WASHINGTON -- If the latest Democratic subpoena threats in the White House firing of eight U.S. attorneys sounds like a fishing expedition in search of wrongdoing, that's because it is.

It isn't clear whether anything in this story is illegal or unethical. But ever since the firings were first reported, amidst complaints by the dismissed U.S. attorneys that they were sacked for political reasons, the tone and tenor of the investigation and the ongoing hearings seems to have concluded that something criminal has happened here.

That remains to be seen, but so far no one has proven that replacing a few attorneys (most of whom had completed their terms) with some fresh blood violated any law.

Traditionally, whenever Congress investigates the executive branch, it calls the agency heads in to testify, as well as other officials and experts, following a committee staff review of the facts. In this case, the House and Senate Judiciary Committee Democrats began by authorizing subpoenas of President Bush's top advisers, political strategist Karl Rove and former White House counsel Harriet Miers.

That the rarely used subpoena powers were invoked at the beginning, before anyone knew anything beyond what they read in the papers, sent a clear signal that the Democrats smelled blood in the water and they were declaring all-out war to uncover a hoped-for scandal to further wound the Bush administration in its final two years.

But what really has occurred here of such magnitude to suggest that it was wrong to dismiss any U.S. attorneys, for whatever reason, who after all, traditionally serve at the pleasure of the president?

The hyperbolic stories that have been written about this in the national news media have reported a number of things that to the uninitiated sound like they were illegal or wrong -- when they were neither. Let's take them one at a time.

-- That this is an extraordinary number of dismissals that rarely occur in the final two years of an administration:

There are a total of 94 U.S. attorneys and getting rid of eight of them is hardly a large number. Traditionally, the incoming administration replaces most or all of the U.S. attorneys with their own selections -- usually from their own party, but not always. Replacements have occurred from time to time in previous administrations throughout their term of office.

-- That the dismissals were secretly hatched in the White House: Well, of course, policy and management decisions are set forth in the White House, including the decisions on who the U.S. attorneys should be. Some of the stories, quoting from e-mails that mention the White House role in the firings, sound conspiratorial when that is the way the chain of command is supposed to work.

The White House isn't denying that it sought these dismissals for what it deems proper and acceptable reasons.

-- That the U.S. attorneys were fired and their replacements picked solely for political reasons:

But the selection of U.S. attorneys is inherently political and the process in choosing them is based in large part on, well, politics, such as will they pursue the administration's law-enforcement agenda. Each incoming president gets rid of the previous administration's attorneys and puts in its own people, as it does throughout the government.

"The process of selection is political, but once you are there, you can't be political," Daniel French, a former Democratic U.S. attorney appointed by President Clinton, told the Los Angeles Times.

Bill Clinton knew how to play politics with the U.S. attorneys and, as soon as he took office, ordered that all of them should be fired. The order was sent down to one of Clinton's longtime Arkansas political cronies, Webster Hubbell, whom he installed at the Department of Justice as an associate attorney general to do his political bidding.

Hubbell eventually pleaded guilty to mail fraud and tax evasion in his role as a partner in the Rose Law Firm in Little Rock, where Hillary Clinton was an influential player.

Among those whose resignations Hubbell demanded was the attorney in Arkansas who was investigating the Clintons in the Whitewater real-estate scandal. Another was the U.S. attorney who was investigating Rep. Daniel Rostenkowski of Illinois, the powerful Ways and Means chairman who eventually went to jail for fraud.

But unlike Clinton, when Bush took office he was not in as much hurry to replace the U.S. attorneys and it took him nearly two years to do so, keeping some Clinton-appointed attorneys as holdovers.

There has been much speculation that the eight prosecutors were replaced because they did not pursue widespread Democratic voter fraud that took place in 2004. In fact, this remains a major under-prosecuted scandal and reason enough to put in someone who will tackle such cases more aggressively.

But the fact remains that the Bush-appointed attorneys have gone after corporate crooks irrespective of party -- including the Enron, accounting and lobbying scandals that sent Republican lobbyists and lawmakers to prison. So much for politics.

What seems obvious right now is that the House and Senate chairmen of the oversight judiciary committees who are fishing for dirt in these latest firings are the same ones who looked the other way when Bill Clinton was trying to shut down investigations into Democratic skullduggery.