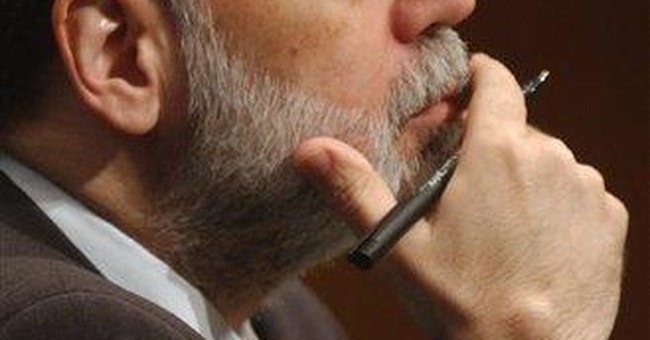 No one can know for sure what the precise impact of the subprime-mortgage-market collapse will be, but it is not going to deeply affect the long-term growth of our overall economy.

The reason: Our economy is too big, too resilient and its fundamentals too strong to inflict any long-lasting collateral damage to our economic infrastructure.

The number of subprime-mortgage bankruptcies and delinquencies is no doubt substantial, as last week's industry data survey showed, and we don't know how deeply that could dig into the larger mortgage companies. But reporting on this story, which rattled stock markets here and abroad, left out the financial context in which all this is occurring.

The subprime market's bubble burst -- as many predicted it would -- at a time when the economy overall was on solid ground. Corporate profits have been spectacular overall, small-business growth has been strong. A low unemployment rate (4.5 percent) has pushed total employment to nearly 150 million (the highest in our history), and wages have continued to rise.

Wall Street's doom and gloomers, who see a recession around every corner, are myopically focused on trade deficits, budget deficits and the housing downturn, while ignoring both United States and global economic growth.

Somewhere in this story it may be a good idea to remind Americans that economic growth, as measured by the gross domestic product, increased by a robust 3.3 percent rate last year, and it will likely be in that range this year, too, said Fed chairman Ben Bernanke.

He is not alone in that forecast. Bear Stearns economist David Malpass, among others in the financial markets, said he expects "solid economic growth" this year and he thinks the housing slide and the subprime-market fallout won't be the disaster that hysteria-mongers predict -- for a number of reasons:

"The 2006 decline in housing starts and the shakeout in subprime mortgages came at a time when real interest rates were low and liquidity high, limiting their damage," he said in a recent economic analysis for Bear Stearns clients.

"We expect consumer resilience to continue in 2007, helped by job and wage growth. We don't think housing, which we expect to remain weak for several more months, has as big an impact on the consumer as the consensus view," he added. Another reason why the economy's foundations are not in danger of cracking is its sheer strength and size. The subprime shakeout is a story measured in millions and billions in an economy measured in tens of trillions.

Malpass pulled together some breathtaking statistics to give us a better understanding of the economic landscape in which the subprime story is playing out.

-- The Federal Reserve Board recently released its "flow of funds" data showing the breadth of the nation's household balance sheet in the fourth quarter. It showed household net worth rose to $55.6 trillion. Financial net worth increased to $28.8 trillion.

"Rather than 'running on empty,' it shows brimming U.S. liquid assets in both the household and corporate sectors. Household net worth in December was 7.4 percent higher than in December 2005, with financial net worth up 8.1 percent," he said.

-- The Fed estimated corporate profits rose to an annual rate of $1.67 trillion in the fourth quarter. That's up by nearly 20 percent over last year. Recessions happen when profits are plunging or at least stagnant. Quite the opposite is happening.

-- Fed data reported continued high levels of household and corporate liquidity. Notably, it showed that, at $28.8 trillion, U.S. households "have more net financial assets (savings) than the rest of the world combined." This "contradicts the negative savings-rate assumptions which underlie many of the recession outlooks," he noted.

The gloomy numbers coming out of last month's economic activity data, showing a downturn in consumer purchases, were in large part to due the nasty winter weather that engulfed much of the nation. But that will turn around with the improved spring weather.

Measuring our economy's health on the basis of one month's numbers is a risky business. Consumers buy in cycles, which decline when they pause to pay their bills, before plunging into the stores again.

That is what's happening in the housing markets, too. After a record-breaking housing boom, the industry is in a period where it must reduce its overbuilt inventory before new housing starts later this year when interest rates may be a bit lower to lure homebuyers back into the market.

In short, the subprime-mortgage problems have caused some turbulence in the stock markets. But we'll get through this rough patch, as we always have before.