Conservatives search for their knight-errant 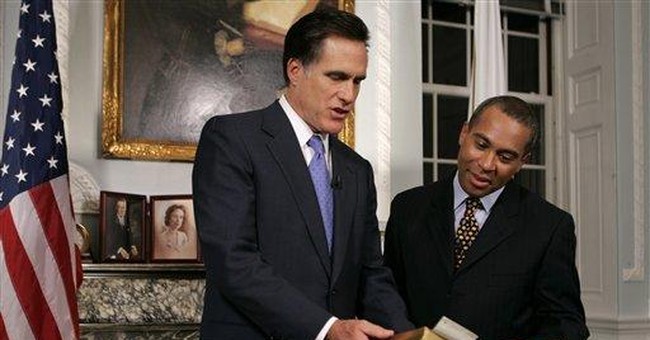 WASHINGTON -- Twelve months before Republicans begin choosing their 2008 presidential candidate, conservatives remain deeply divided over who they want to be the GOP's nominee.

This is because no undisputed champion of the conservative cause has emerged, at least among the frontrunners, all of whom carry political baggage that has fed doubts about whether they should be the heir apparent to the party of Ronald Reagan.

For the first time in years, the GOP's dominant right wing is without a major popular national leader to carry its banner, forcing them to choose among candidates who have deviated from conservative orthodoxy in the past but who are now appealing for their support.

Last year, the clear conservative choice was Sen. George Allen of Virginia, but a series of gaffes and campaign blunders led to his defeat in November and the end of his presidential ambitions.

That has left the field pretty much to the party's three frontrunners: Sen. John McCain of Arizona, former New York City Mayor Rudy Giuliani and former Massachusetts Gov. Mitt Romney. Each of them has strengths, but they have been critical of their party's conservative agenda in the past, especially on social and economic issues.

McCain has carved out a conservative voting record in the Senate as a defense hawk and as one of the fiercest opponents of wasteful pork-barrel spending. But he has led liberal causes, too, pushing draconian campaign-finance laws, opposing President Bush's tax cuts, attacking religious and social conservative leaders.

Chastened by his loss to Bush for the 2000 presidential nomination, he has flip-flopped on a number of issues: voting to extend capital gains and dividend tax cuts that he once condemned as tax cuts for the rich, and making peace with religious leaders on the right whom he had called "agents of intolerance."

Still, many conservatives consider him untrustworthy -- especially social and religious conservatives who question his belief in right-to-life issues and economic conservatives who doubt his newfound support of Bush's tax cuts. Giuliani, the crime-fighting, street-smart mayor who made New York City livable again and led it out of the ruins of the 9/11 terrorist attacks, has become a national hero of near-legendary proportions.

He has not only demonstrated remarkable executive skills that are in short supply in government, he has parlayed his fame into becoming one of the most popular political figures in the country -- campaigning heavily for his party in 2004 and 2006. He leads McCain in many, if not most, of the presidential-preference polls.

He is a low-tax, pro-growth economic conservative, but he is liberal on social issues. He has favored gun controls and is pro-choice on abortion. Still, no one excites the GOP faithful the way he does or doubts his ability as a leader of a great city.

Romney, who trails among the three, has several things going for him: He headed a venture-capital firm that helped create new businesses. He demonstrated his executive abilities by rescuing the 2002 Winter Olympics in Salt Lake City, Utah, from severe debt and scandal. He won the governorship in a heavily Democratic state, held down taxes, balanced the budget and became the country's leading opponent of same-sex marriage.

But he has a checkered liberal past, too, waving the flag for gay rights in his failed 1994 Senate campaign against Ted Kennedy and defending the Supreme Court's Roe v. Wade decision that legalized abortion.

Now, he claims to be a born-again pro-lifer: "I have learned and grown ... I'm committed to promoting the culture of life," he has said. "Like Ronald Reagan and (former Illinois Rep.) Henry Hyde, and others who became pro-life, I had this issue wrong in the past."

Of the three frontrunners, Romney has been the most successful in personally reaching out to the conservative base at private, closed-door meetings where he "makes a big impression," one longtime conservative leader told me.

In a lengthy sit-down Q&A with the conservative weekly, Human Events, he hit all of the conservative hot buttons, unabashedly wrapping himself in the mantle of Reagan who, like Romney, also had to deal with a heavily Democratic legislature.

Anyone looking at his record in Massachusetts, he said, "can recognize that a lot of what Ronald Reagan was doing I'm also doing. So I'm pretty proud to follow in his legacy, if you will, recognizing, of course, that there's some differences. He's just a lot better than anyone else I know."

So as things stand now, McCain clearly has the largest campaign and fundraising apparatus, but his call for significantly increasing troop strength in Iraq and his flip-flops on taxes and other issues could be his undoing.

Giuliani's early lead in the polls shows he still has room to grow his support in the primaries to come, but jumping from mayor to leader of the free world is a big stretch.

Ironically, Romney could in the end become the conservatives' choice -- but that has not jelled as yet. He's still got a lot of convincing to do.