Taking Christ Out of Christmas 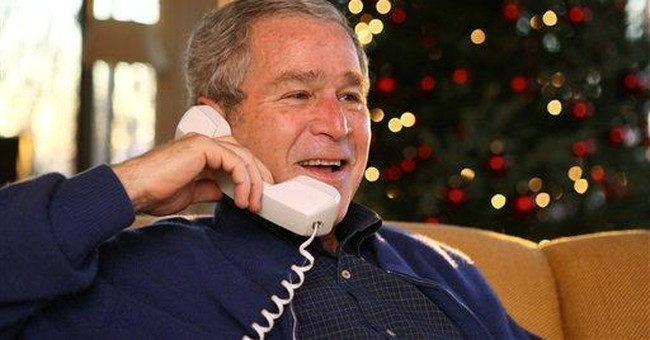 I appeared Friday evening on CNN to discuss "the war against Christmas," a strange and demented war if there ever was one. We've heard about stores that refuse to allow employees to say "Merry Christmas" and communities legally compelled to take down nativity scenes. The specific case under discussion involved a Seattle volunteer policeman--a former Christian pastor turned militant atheist--who has convinced the department to remove the crosses from police chaplains' badges. His argument? Chaplains have to minister to non-Christians as well as Christians. Some people might object to the crosses. Therefore all Christian symbolism is inappropriate.

Yet the very fact that the police and military have chaplains shows that there are times of bereavement when secular counseling is inadequate. When people lose a loved one they don't want a therapist, they want a chaplain! So the religious need is apparent here. And yet chaplains don't come in the generic theist variety; they are Catholic or Lutheran or whatever. Now there is no evidence whatsoever that a Christian chaplain cannot console a non-Christian parent or widow. The sole reason for getting rid of the Christian symbol is the premise that someone may object to it, and not everyone subscribes to the Christian worldview.

But apply this logic to another holiday and its absurdity becomes manifest. Imagine if the ACLU filed lawsuits nationwide to remove all references to Martin Luther King on Martin Luther King day. The reason is that not everyone agrees that King's legacy was a positive one, and that the main beneficiaries of King's activism have been African Americans and other minorities. Southern segregationists, in particular, feel excluded from King's "beloved community." So in the name of diversity and tolerance all monuments and symbols and references to King should be erased. Instead Martin Luther King day becomes another "happy holiday."

This would be crazy. The answer to the ACLU would go something like this: "We are honoring King because we believe he has changed our civilization and our world vastly for the better. If you don't agree, by all means write a letter to the editor. But it is intolerance bordering on bigotry for institutions to get rid of all references to King simply because some people don't like him or feel excluded by his vision."

The same argument applies to Christ and Christmas. We are celebrating Christmas because, in the words of historian J.M. Roberts: "We could none of us today be what we are if a handful of Jews nearly two thousand years ago had not believed that they had known a great teacher, seen him crucified, dead and buried, and then rise again." Notice that this is an understanding of Christmas that even secular people can embrace: whether or not you think Christ is the messiah, he has done more to shape our world, and for the better, than any other single figure. So what's wrong with celebrating Christmas in the spirit of Christ? Why on earth should the symbolism of "Merry Christmas" and carols and crosses on police chaplains' uniforms be removed just because of the presence of one or a few malcontents? Why is it racism to erase all references to Martin Luther King but socially acceptable to object on the same grounds to Christ?

We've reached a sad state in the West when we acquiesce in a hate-filled campaign to deny our Christian roots and heritage. Athens and Jerusalem are both foundation pillars of Western civilization, and the presence of a few people who object to Socrates or Christ doesn't change this fact one bit. The malcontents are suffering from historical amnesia: they don't seem tor recognize that most of our secular values from compassion to the preciousness of human life are the distinctive legacy of Christianity. That's why even atheists should, for once, set aside their deep-seated resentments and hatreds and say, even if in a lower voice so that no one else can hear, "Thank God for Christianity."