What's So Great About America 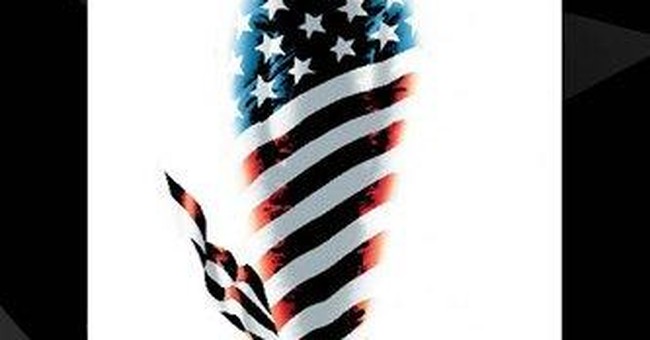 In recent years, we’ve heard a great deal about “why they hate us” and about why America is so bad. What the critiques often miss is what is good and even great about America. As an immigrant who grew up in Mumbai, India, I believe that the patriotism of Americans would be strengthened if people had a better understanding of why this country is unique.

In my book What’s So Great About America, I ask: Why do millions of immigrants seek every year to come to America? Why is the idea of America so fascinating and attractive to people—especially young people—around the world?

Critics of America, both at home and abroad, have an easy explanation for why the American idea is so captivating and why immigrants want to come here. The reason, they say, is that America represents “the bitch goddess of success.” In this view, immigrants flock to the United States for the sole purpose of getting rich. The critics hope to demean America by associating it with greed and selfishness. Their explanation, however, is so partial that it amounts to a distortion. It misses the deepest source of America’s appeal.

There is enough truth in the critics’ account to give it a surface plausibility. Certainly America offers a degree of mobility and opportunity unavailable elsewhere, not even in Europe. Even more significant, America gives a better life to the ordinary guy than does any other country. Let’s be honest: rich people live well everywhere. America’s greatness is that it has extended the benefits of affluence, traditionally available to the very few, to a large segment in society. We live in a nation where “poor” people have TV sets and microwave ovens, where construction workers cheerfully spend $4 on a nonfat latte, where maids drive very nice cars, where plumbers take their families on vacation to the Caribbean. Recently I asked an acquaintance in Bombay why he has been trying so hard to relocate to America. He replied, “I really want to move to a country where the poor people are fat.”

The typical immigrant, who is used to the dilapidated infrastructure, mind-numbing inefficiency, and multi-layered corruption of Third World countries, arrives in America to discover, to his wonder and delight, that everything works: the roads are clean and paper-smooth, the highway signs are clear and accurate, the public toilets function properly, when you pick up the telephone you get a dial tone, you can even buy things from the store and then take them back. The American supermarket is a thing to behold: endless aisles of every imaginable product, 50 different types of cereal, innumerable flavors of ice cream. The place is full of unappreciated inventions: quilted toilet paper, fabric softener, cordless phones, disposable diapers, and roll-on luggage.

So, yes, in material terms America offers the newcomer a better life. Still, the material allure of America does not capture the deepest source of its appeal. Consider how my own life would have been different had I never come to America. I was raised in a middle-class family in Mumbai. I didn’t have luxuries, but I didn’t lack necessities. Materially my life is better in the United States, but the real difference lies elsewhere.

Had I stayed in India, I would probably live my entire existence within a five-mile radius of where I was born. I would undoubtedly have married a woman of my identical caste and religious and socioeconomic background. I would have faced relentless pressure to become an engineer, like my father, or a doctor, like my grandfather. My socialization would have been entirely within my own ethnic community. I would have had a whole set of opinions that could be predicted in advance.

Because I came to America, though, I have seen my life break free of these traditional confines. In college I became interested in literature and politics, and resolved to make a career as a writer, which is something you can do in America, and cannot easily do in India. I married a woman of English, Scottish, French, and German ancestry.

Eventually I found myself working in the White House, even though I was not an American citizen. I cannot imagine another country allowing a non-citizen to work in the inner citadel of its government.

In most of the world, even today, your identity and your fate are largely handed to you. In America, by contrast, you get to write the script of your own life. What to be, where to live, who to love, who to marry, what to believe, what religion to practice—these are all decisions that, in America, we make for ourselves. Here we are the architects of our own fate.

The “self-directed life” is the incredibly powerful idea that is behind the worldwide appeal of the United States. Young people throughout the world find irresistible the prospect of being in the driver’s seat of their own destiny. So, too, the immigrant discovers that America permits him to break free of the constraints that have held him captive, so that the future becomes a landscape of his own choosing.