Deport them, But not Mrs. Jimenez 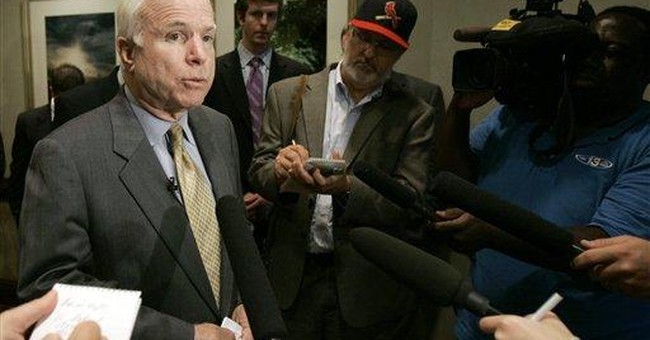 Let the deportations begin! I've never understood all the nonsense about how we should be sympathetic toward illegals who came here to work and find a better life. We don't extend such sympathy to other people who routinely break the law. We aren't sympathetic, for instance, toward people who break into banks or hold up grocery stores in order to support their families and get a fresh start in life. We don't get teary-eyed about folks who engage in insider trading or bribery in order to send their kids to college and enjoy the American dream. We feel sorry for these lawbreakers, and than clap them into prison.

I'm an immigrant myself, and I'm pro-immigration, but that means legal immigration. America can afford to take in a decent number of immigrants every year. We need workers in certain fields, and should admit those kinds of workers. Pat Buchanan and others say the immigrants are ruining American culture, but that blame, I fear, falls squarely on the natives. It is the indigenous leftists, not the immigrants, who are responsible for the cultural decay that we see around us. I don’t see immigrants pushing for partial birth abortion or Hollywood permissiveness or gay marriage. Even the failure of immigrants to assimilate is partly the fault of the political left. What happened to all the programs that once helped immigrants learn about America and embrace the American way of life? The left got rid of them. Now the left is pushing multiculturalism in the schools. These programs are aimed at preventing assimilation and promoting an ethnic separatism that is packaged in the bright colors of “diversity.”

While I support immigrants who assimilate, I think illegal immigration is an entirely different matter. Here I think it’s important for a great country to seize control of its borders. It’s absurd that in an age of terror we cannot figure out who is getting in and who is going out. Our longstanding policy of delicately depositing illegals back on the other side of the Rio Grande, so they can try again the next day, is nothing short of embarassing. It’s time to crack down here, not to go soft. For these reasons I have serious reservations about the current immigration plan being pushed by President Bush and Senator Kennedy. This is basically an amnesty program, even if it makes the illegals jump through a few hoops before they get their citizenship papers. Why Bush and Kennedy favor amnesty for illegal immigrants but not for other kinds of lawbreakers is not explained, because there is no explanation.

The case of Yaderlin Jimenez, however, is a special case. Her husband Alex Jimenez is one of the American soldiers missing in Iraq. Recently the dead body of one of Jjimenez’s fellow captives was found. Jimenez’s own military tags were located in an Al Qaeda hideout near Baghdad. HIs fate is unknown but not looking good.

Several months ago, Jimenez applied for a green card for his wife Yaderlin, whom he married in 2004. The authorities discovered that in 2001 she came illegally to America from the Dominican Republic. This does not seem to be a case of a woman who got married solely for the purpose of staying on in America. Ordinarily Yaderlin would have a right to get a green card by virtue of marrying an American citizen. Her problem, however, is that she came into the country illegally. So the immigration service has begun deportation proceedings. And ordinarily I'd say we should start planning Yaderlin's farewell party.

But the specific circumstances of this case give me pause. Here is a situation where her husband is, in a very literal way, putting his life on the line for his country. He may already have paid the ultimate price. Now you might say that if we make an exception for Yaderlin Jimenez, where will it end? The simple answer is that it should end with her.

Let’s remember that laws are general rules. The law is an instrument that is aimed at securing justice. Every now and then, however, we realize that the application of a rule in a given situation will promote not justice but injustice. This is when we make an exception. We could of course change the law so that military families are excempt from immigration rules. I was on a New York radio show discussing this case, and that is what the radio host proposed. But I think his solution is unwise. Hard cases make bad law, and it’s not generally a good idea to have laws that apply to some groups but not to others.

Therefore I think the immigration people should make an exception and let Mrs. Jimenez stay. No general amnesty for illegals, but amnesty for her.