Secularism is not the solution 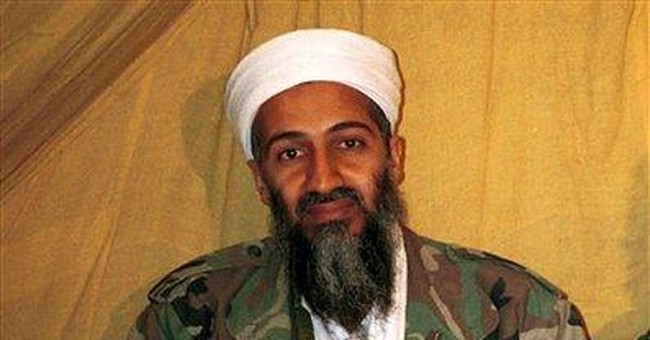 For many Western liberals—and even some conservatives—the war on terror is a clash of opposed fundamentalisms: Christian fundamentalism vs. Islamic fundamentalism. So, in this view, Christian and Muslim religious fanatics are once again fighting each other, as they have done in the past.

From this perspective, the best solution is for America to stand up for the principles of secularism and oppose both Muslim fundamentalism and Christian fundamentalism. But in reality secularism is not the solution. Secularism is the problem. It is the West’s agenda of secularism that is alienating traditional Muslims and pushing them toward the radical camp.

The common understanding of the battle as one between two rival fundamentalisms is superficially supported by Bin Laden’s rhetoric declaring a religious war of civilizations. Bin Laden speaks of the world being divided into the “region of faith” and the “region of infidelity.” At times Bin Laden defines the clash as one between the Muslims and the crusaders.

But the context of Bin Laden’s arguments clearly shows that Bin Laden is not speaking of a religious war between Islam and Christianity. In the same videotaped remarks where Bin Laden posits these conflicts, he praises Christianity. In one statement Bin Laden observes that Islam respects the prophets of Judaism, Christianity and Islam “without distinguishing among them.”

In the classical Muslim understanding, there is a fundamental distinction between Jews and Christians on the one hand and polytheists and atheists on the other. According to Islam, Judaism and Christianity are incomplete but genuine revelations. As monotheists, Jews and Christians have historically been entitled to Muslim respect and even protection. In every Islamic empire, from the Umayyad to the Abbasid to the Ottoman, Jews and Christians were permitted to practice their religion and in no Muslim regime has it ever been considered legitimate to systematically kill them.

By contrast, polytheists and atheists have always been anathema to Islam. The Koran says, “Fight the pagans all together as they fight you all together” and “Slay the idolaters wherever you find them.” These passages, which Bin Laden frequently quotes, do not refer to Christians, because Christians are not considered pagans or idolaters. Rather, they refer to those, like the Beduins of ancient Arabia, who worship many gods or no god. Muslims are commanded to fight these unbelievers, especially when they threaten the House of Islam.

Muslim radicals could repudiate the entire Islamic tradition and argue that Christians and Jews are no different from atheists and deserve the same treatment. But this claim would undoubtedly alienate traditional Muslims. Sheikh Muhammad Tantawi, head of Al Azhar University, recently argued the traditional view that “Islam has never been and will never be at war with Christianity.” For Bin Laden to declare war against Chrsitianity would even divide the radical Muslim camp. The influential radical sheikh Yusuf Qaradawi has said that as Muslims, “We believe in the Jewish and Christian scriptures. Our Islamic faith is not complete without them.”

Islamic radicals like Bin Laden make their case against America and the West on the grounds that these cultures have abandoned Christianity. In his May 2006 letter to President Bush, Ahmadinejad faulted America not for being Christian, but for not being Christian enough. Many years earlier, the radical theoretician Sayyid Qutb made the same point. The main reason for the West’s moral decay, Qutb argued, is that in the modern era “religious convictions are no more than a matter of antiquarian interest.”

Other Muslim radicals today echo these arguments. The influential Pakistani scholar Khurshid Ahmad, leader of the Jamaat-i-Islami, argues, “Had Western culture been based on Christianity, on morality, on faith, the language and modus operandi of the contact and conflict would have been different. But that is not the case. The choice is between the divine principle and a secular materialistic culture.”

Even though Christianity has eroded, Muslim radicals contend that the ancient crusading spirit now infuses the pagan culture of the West. When Bin Laden calls America a crusader state, he means that America is on a vicious international campaign to impose its atheist system of government and its pagan values on Muslims. How? My supporting secular dictators in Pakistan, Jordan, Egypt and Saudi Arabia. And by exporting a secular culture that undermines the traditional values of Islam.

In this way, Bin Laden argues that America is hell-bent on destroying the Muslim religion. The rallying cry of Islamic radicalism is that “Islam is under attack.” In his 1998 declaration Bin Laden called on Muslims to “launch attacks against the armies of the American devils” and to kill Americans whom he identified as the “helpers of Satan.” In a 2003 sermon, Bin Laden praised the September 11 hijackers and compared the twin towers of the World Trade Center to the idols in the Kaaba that the Prophet Muhammad destroyed in the year 630 upon his victorious return to Mecca.

Thus the doctrine that the war against terrorism is a battle of two opposed forms of religious fundamentalism is false. This is not why the Islamic radicals are fighting against America. From the perspective of Bin Laden and his allies, the war is between the Muslim-led forces of monotheism and morality against the America-led forces of atheism and immorality. Secularism, not Christian fundamentalism, is responsible for producing a blowback of Muslim rage.