Out With the Traitors! 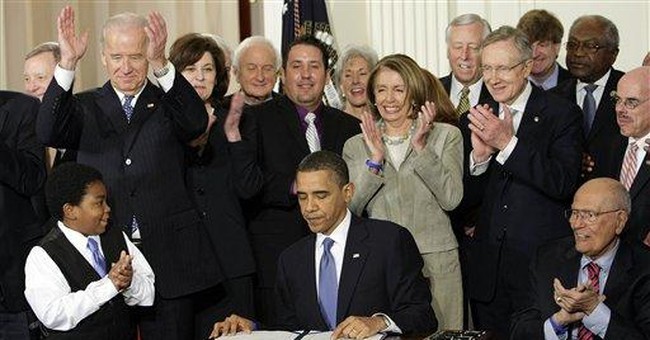 Scott Murphy of New York, Suzanne Kosmas and Alan Boyd of Florida, Betsy Markey of Colorado, Dennis Kucinich and John Boccieri of Ohio and Glenn Nye of Virginia -- a partial list of the traitors who switched their votes in the House from no to yes on Obamacare. Another, Bart Gordon of Tennessee voted no when running for re-election and then switched to yes when he retired rather than face defeat, so he is beyond our reach.

We need to make a point of defeating these traitors in 2010! That is what democracy is for.

We know who they are. We know where their districts are located. And we will all come looking for them in November.

These deceitful men and women voted "no" when their votes didn't count in November of 2009, seeking to fool us into believing that they had our interests at heart. But, when push came to shove and their votes counted, they switched and ran their true colors up the flagpole and voted yes.

Yes for a $500 billion cut in Medicare. Yes for federal bureaucrats deciding who gets care and who dies. Yes for raising Medicaid eligibility and making states pay for it, forcing tax increases throughout the nation. Yes for big hikes in federal income and capital gains taxes. Yes for making young people pay $8,500 for an individual and $12,500 for a family to buy health insurance way beyond their needs ... or fining them 2.5 percent of their incomes for failing to do so ... or for prison time if they do neither. Yes for taxing medical devices like arterial stents, prosthetic limbs and automated wheelchairs. Yes for slashing subsidies to Medicare Advantage for the elderly. Yes for rationing of health care as the number of patients grows while the population of doctors shrinks.

And, most importantly, yes for forcing Congress to face a cruel choice: Cut Medicare, or raise the deficit.

These seven congressmen deserve to be exposed to their voters.

Our job is to tell the voters about their outrageous votes and let the voters decide.