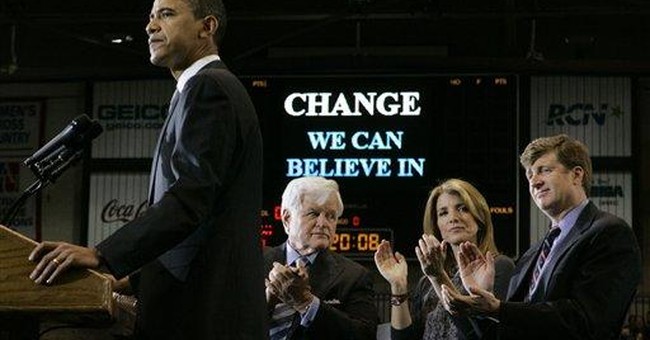 When President Obama's leading counter-terrorism staff member, John Brennan, says that "politically motivated criticism and unfounded fear-mongering only serve the goals of al-Qaida," he has it exactly backward.

It is the president's efforts to crow about how effective he is in fighting terrorism that are helping al-Qaida. What kind of policy is it to announce to the world that Umar Farouk Abdul Mutallab, the Nigerian terrorist who attempted to blow up a plane as it approached Detroit this past Christmas, is talking to investigators and giving them much valuable information?

Obama's people put the story out to counter accusations that their decision to try Mutallab in a civilian court and to permit him access to an attorney jeopardized efforts to interrogate him. Stung by the charge that they were blowing a chance to learn about subsequent al-Qaida plans, they told the media that Mutallab was being very cooperative, especially after a visit from his family.

While releasing this information may help Obama politically and certainly pushes back those of us who criticized him for handling the Mutallab case civilly, it provides al-Qaida with a timely warning that we are on to their plans and that Mutallab has explained to us what they have up their sleeves. In counter-terrorism, knowing your enemy's plans is key to thwarting them. And, if al-Qaida knows that we are prepared, they will, obviously, change their plans.

Incumbent politicians always have to balance their need to get re-elected against the need to keep many of their intelligence successes private. The Bush administration, for example, took great pains not to reveal how it used wiretaps to stop al-Qaida from blowing up the Brooklyn Bridge because it did not want to make the taps public lest al-Qaida realize the FBI was listening in.

Winston Churchill made the ultimate sacrifice early in World War II when, alerted to German plans to bomb the city of Coventry, he chose to let the attack proceed without any evacuation of the city lest the Nazis realize that the British had cracked their code. Thousands were killed, and Churchill had to take the lumps for it politically. He could have grandstanded, like Obama is doing now, and bragged about how effective his counter-intelligence was, but it would have aided Germany in the war.

So, likewise, Obama's efforts to bolster his own credibility in fighting terror are helping our enemies.

The rest of Brennan's quote is also interesting. He said: "Terrorists are not 100 feet tall. Nor do they deserve the abject fear they seek to instill." This line of argument finds its apogee in Michael Moore's famous quote that the chances of being struck by lightning are better than those of dying in a terrorist attack.

The burden of this view, popular in Europe, is in effect to tell the American people to get over it. Sure, we lost 3,000 people on 9-11, but Britain lost 50,000 in the blitz and France suffered the death of 3 million men in World War I. They ask that we put the attack into perspective.

But we take the loss of those 3,000 people quite seriously and refuse to treat it as a mere crime. We see it as a declaration of war and are responding accordingly. That the counter-terrorism point person in the Obama administration is, in effect, asking us to tone down our fear of terrorism is both disappointing and quite alarming.