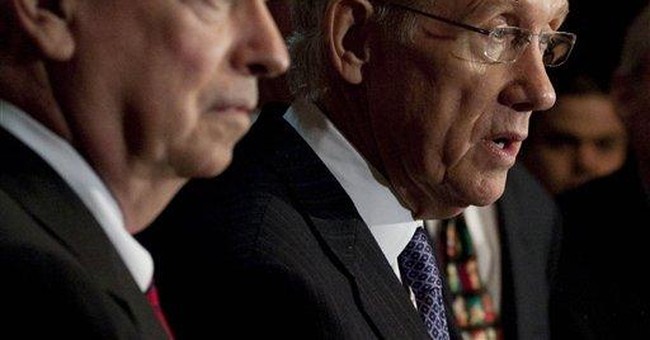 The very public way in which the existence of a center-right in the Democratic Party proved to be a mirage has done more to undermine the party's chances for victory in 2010 than any other aspect of the health care debate.

When liberal Republicans failed to rally to Bill Clinton's 1993-1994 agenda -- including his failed health care proposal -- they laid the basis for their total demise in subsequent years. Sen. Jeffords, Chaffee, D'Amato, Packwood, Hatfield and Specter (as a Republican) are gone. Sens. Snowe and Collins are all that remain of the once dominant Nelson Rockefeller wing of the GOP. They have been replaced by real Democrats.

Now that Ben Nelson, Blanche Lincoln, Mary Landrieu and Byron Dorgan in the Senate and the likes of Marion Berry, Tom Perriello and John Spratt Jr. in the House have shown how easily they fold under pressure and how thin their conservatism really is, their states and districts will no longer be deceived into re-electing them. They will be replaced by real Republicans.

The Democratic game of electing moderates in conservative districts who then vote to keep liberals in power is over. It over-reached. By collapsing so completely and so publicly, it has become self-evident to the most gullible of voters that there is no such thing as a moderate Democrat. You are either an Barack Obama, Nancy Pelosi, Harry Reid clone or you are a Republican. That's the new two-party system.

In Bill Clinton's day, there were such things as moderate Democrats. Voters were not deceived when they cast their ballots for center-right Democrats. For example, when welfare reform passed in 1996, it got the support of 99 House Democrats, while 99 voted against it. But those days are long gone. Only their memory remains. And voters have only just come to grasp this essential fact.

All of which leaves the Democrats with a problem: America is not as liberal as they are. Voters will no longer return moderate Democrats to Congress any more than they select liberal Republicans.

Democrats have had a tortuous history as a party.

After Lyndon Johnson and Vietnam, they were consigned to permanent minority status. Richard Nixon's excesses earned them a second chance from a wary electorate, but Jimmy Carter blew it and they were back in the minority again for 12 more years. The likes of Carter, Walter Mondale and Mike Dukakis kept the party in the minority. Voters simply would not trust their liberal ways with the country.

Bill Clinton ended the exile by persuading voters that there was a center-right in the party after all, and the Democrats were freed but on probation. And they screwed it up by passing tax hikes and pushing health care reform, leading to the GOP sweep of 1994.

Then Clinton's moderation in 1995 and 1996 assuaged voter skepticism again and put the Democrats back in the game. By 2008, voters were actually willing to elect a liberal Democrat. Now that his administration is exploding due to its own extremism, the Democrats again face consignment to minority status. And the first to go will be those who try to make their political living on the conservative edge of a liberal party.

For them, in 2010, the mandate is clear: switch parties or lose the election.