Obamacare: Taxes for Everyone 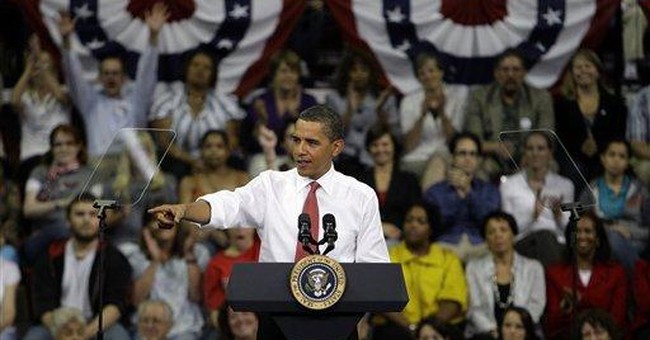 Now that the various health care plans are being reduced to print, the financial details are emerging and with them a fundamental conclusion is becoming evident: The Obama plan is a giant tax increase for much of the American people (not just the rich).

Start with the mandate that falls on those whose welfare is the supposed object of the entire program -- the uninsured. According to the Congressional Budget Office, the average uninsured person or family will have to pay between 15 percent and 20 percent of his total income on health insurance (counting premiums, deductibles and co-payments) before any of the subsidy in the Baucus bill kicks in. Even in the more generous House bill, the tab that the uninsured must pay is very, very high.

Most uninsured would likely be quite happy to avoid paying this much of their income for health insurance. But they will be forced to shell out the money under the program. Others would want catastrophic coverage (which for the young would likely not be too costly), but the Obama program requires comprehensive insurance that is costly to satisfy the government requirement.

Having spent the entire campaign and much of the last year speaking about "affordable" coverage, it turns out the program is not at all affordable, but a massive new tax on the average uninsured American.

Then there is the tax on health insurance premiums that is to finance about a quarter of the subsidy for the uninsured. This tax, billed as only to be levied on "gold plated" policies, will, in fact, reach down to the average American. The Baucus bill specifies that the tax of 35 percent would be put on all premiums over $8,000 for an individual and on proportionately higher premiums for families. Current estimates are that about one-tenth of the current health insurance policies would be taxable.

But the $8,000 premium level that will trigger coverage is not indexed for inflation, let alone for medical inflation, which typically runs twice as high. Obamacare will take effect in 2013. By then, the percentage of Americans subject to the tax will doubtless expand dramatically.

Indeed, this trigger is a new "Alternative Minimum Tax" waiting to happen. As inflation pushes more and more Americans into tax eligibility, it will become a universal health insurance excise tax of 35 percent. While the tax will be imposed on health insurers and employers, it will, obviously, be passed along to the policyholders.

And then there is the final piece of the puzzle -- the $500 billion cut in Medicare that will pay for the bulk of the subsidy under the bill. We are literally slicing services to the elderly in order to transfer health care to others.

Obama's claim that only "waste and inefficiency" in Medicare will be cut is, at best, disingenuous. Most of the cuts will be in reimbursement for doctors and hospitals. That will lead to less care, shorter office visits, fewer tests, fewer surgeries and less care. And it will also lead to fewer doctors.

As a result, a survey by the Investors Business Daily, indicates that 45 percent of all doctors would "consider retiring or closing their practices" if the Obama bill passes. The result will be a greater scarcity of medical services, even as the patient load expands by at least 30 million people.

Each of these fiscal pieces is moveable. The left will pressure Obama to increase the subsidy to the uninsured. But that will necessitate raising the Medicare cut borne by the elderly or increasing the tax on health insurance policies ... or adding to the deficit. Any of these options will alienate moderate senators.

Balancing these competing priorities only works if the taxpayers don't know what is going on. If the average middle income American family realizes that it will have to pay one-third more for health insurance or the uninsured learn that they will have to pay a fifth of their income to get insurance, they will make their dissatisfaction felt by their Democratic senators.

All of which begs the fundamental question: How willing are Democratic senators and congressmen to commit political suicide? Are they willing to lose the elderly and to antagonize the uninsured as the health insurance cops chase them around the block? When does JFK's comment kick in: "Sometimes party loyalty asks too much."