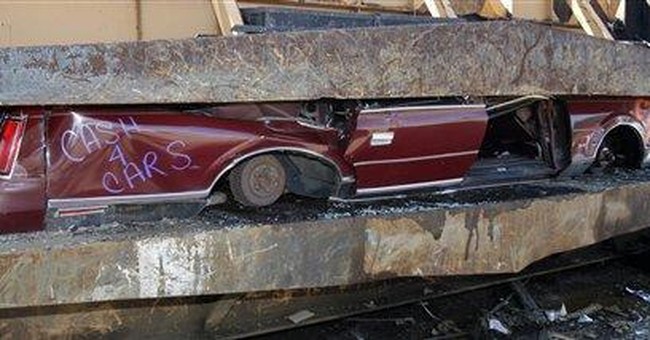 The only part of the stimulus program that is working, the cash-for-clunkers program is, in reality, a subsidy to foreign car companies, proving that Barack Obama is the best president Japan ever had.

The Department of Transportation reports that the ten leading trade-ins are all American branded cars while six of the top ten new cars purchased - and four of the top five - are foreign. So the United States Senate is about to pass additional funds to subsidize the trade-in of American cars and the purchase of foreign cars.

DOT reports that the following are the ten top trade-ins, all American:

And the top ten new car purchases, subsidized by the American taxpayer, are mainly foreign vehicles:

It is a violation of the World Trade Organization rules to enact a public subsidy program and skew it toward only domestically produced products, so the Congress has no choice but to extend the program to all comers. No choice, that is, but to not spend the money in the first place.

Cash for Clunkers will do wonders for the Japanese economy, but its impact on the US job situation is problematic. This unintended consequence is a great illustration of what happens when the blunt tool of government subsidy is applied to the fine tuning of a free market economy. Government planners keep getting it wrong. That's why socialism is such a bad idea.

So Obama can boast of a great success in taking American cars off the road and replacing them with foreign cars. Great going!