Only the strong will survive this big bang 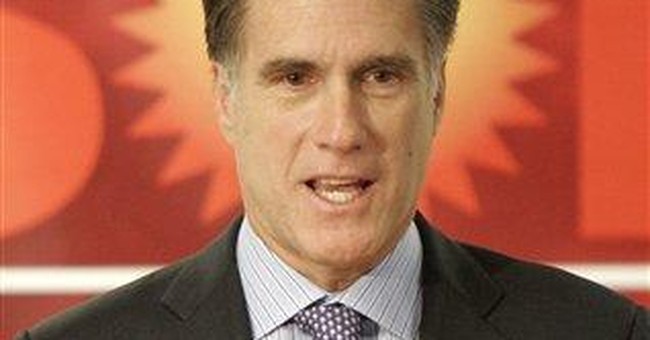 Nineteen states or more, with half of America’s population, are moving to hold their presidential nominating primaries on Feb. 5, 2008, a mere three weeks after the Iowa caucuses and two weeks after the New Hampshire primary. In effect, we will now have a national primary and the presidential nominating season will last only three weeks from start to finish.

Money will now be king. Nothing else will count very much. If you can afford to run a national campaign three weeks after the first caucus, you will win. If you can’t, you’re doomed. And the polling that designates a frontrunner now will do much to determine the nominee.

Big states, including California, Florida, Georgia, Illinois, Michigan, New Jersey, and North Carolina, are moving their primaries up to Feb. 5. They are going to be joined by a dozen smaller states: Alabama, Arizona, Arkansas, Colorado, Delaware, Kansas, Missouri, Nevada (GOP only), New Mexico, Oklahoma, Tennessee, and Utah. With half of the country — these states have a combined population of 145 million — voting on Feb. 5, many other states are sure to join the move and vote on that early date. After all, which state legislature wants to consign its voters to political irrelevance by voting in April or May? Before we are done, we will have America’s first national primary on Feb. 5.

The financial demands of competing in each of these states are so onerous that only the richest of candidates can hope to win. That kind of money only goes to frontrunners. As a result, the process will be sufficiently top-heavy that the candidates who enjoy clear leads in the polls after the summer of 2007 will have a virtual lock on the nomination before anybody has cast a vote on anything in any state!

The danger, of course, is that the frontrunner will have been anointed without ever actually holding a primary. The effect will be to strip the primary process of its power — for the first time since it became the central way of selecting candidates in the aftermath of the 1972 reforms — and give the power to designate candidates to national public-opinion polls conducted among random representative samples of the voters. It is the triumph of the pollsters and fundraisers.

So how will we choose who are the frontrunners before anyone has voted? How will candidates impact the polls in order to swell their coffers? The early primary date means that the virtual primaries that will designate the frontrunners will be held on cable television, the Internet, and talk radio. The Republican Virtual Primary will be held on Fox News, the Limbaugh, Hannity, and other conservative talk radio shows, and the right-wing websites. The Democratic Virtual Primary will be held on National Public Radio, PBS, a handful of liberal talk shows, the network news programs, and websites like MoveOn.org where liberals congregate.

But what happens if the candidate chosen by this instant virtual lottery has feet of clay that only become evident when he or she actually runs for office in a real election? The testing, seasoning, vetting, and whittling-down of the field, which used to take five or six months, cannot now take place at all. We will never know how the candidates of each party will perform in an actual election. Voters in each party will be buying a car without being able to take it for a drive.

In 2004, when the process was so truncated that Kerry was chosen as the nominee in March, the Democratic Party found itself saddled with a deeply flawed candidate whose shortcomings were not evident until after the Democratic Convention had nominated him. Throughout the fall of 2004, Kerry’s inability as a candidate became so glaringly obvious that Democrats didn’t give him a second look when he sought their nomination again this year.

The early primary dates would seem, at the moment, to confer an enormous advantage on the frontrunners in each party: Hillary Clinton and Rudy Giuliani. Their current leads in the polls and their consequent fundraising advantage make them stronger favorites than they might be if they had to run in a succession of primaries week after week.

So the new process, bequeathed to us by the advancing of the primary dates, will reward the rich, the pollsters, and the talk shows. And politics will never be the same again.

DeSantis Blasts Biden: 'Why Don’t You Do Your Job?'
Katie Pavlich
Biden's Approval Down in Yet Another Poll
Rebecca Downs
To No One's Surprise, COVID Has Returned to Wuhan...And It's Not the First Time
Matt Vespa
Psaki Again Blames Republicans for Crime Wave While Defending ATF Nominee Chipman
Spencer Brown
No New Hearings for Biden's Gun-Grabbing ATF Nominee Who Might Have a Racism Problem
Matt Vespa
This Swing District Democrat Has an Uncomfortable Connection to Group Promoting Critical Race Theory
Rebecca Downs